Ad on the back of a bus

I was looking for something else, and found this photograph from 7 years ago (10 August 2015, to be exact). It is a picture of the back of a bus where there was an advertisement about advertisements. 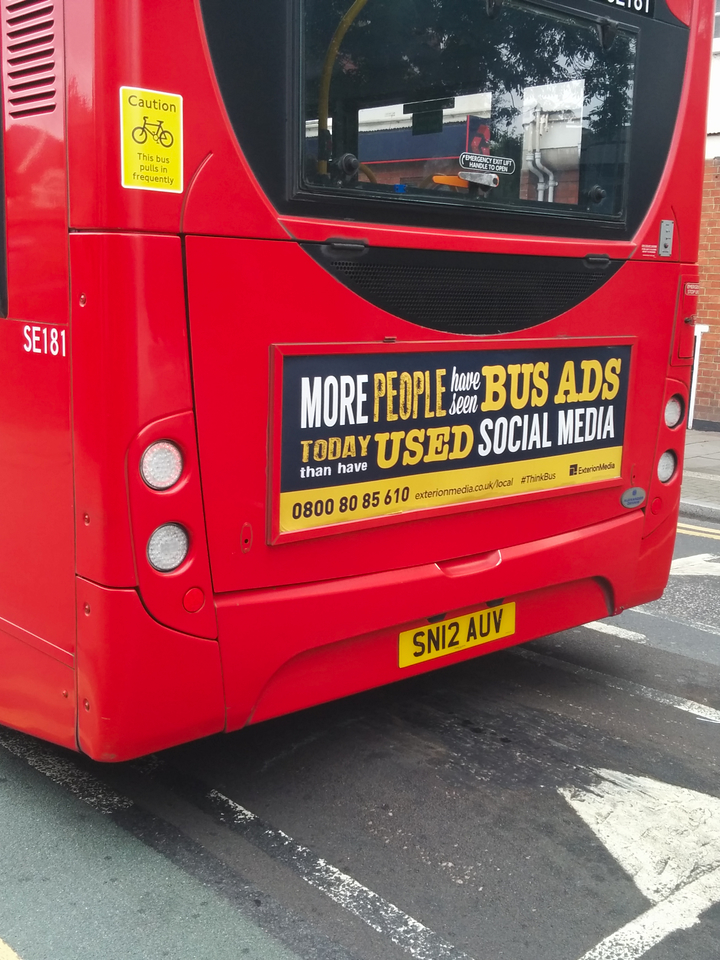 This statement was probably true for 2015, though both figures, that of people seeing bus ads and that of social media users, were and are difficult to ascertain exactly. Given there are so many buses running around London, it is difficult to avoid bus ads if one is out and about the town, and even inside a house if along a bus route as buses trundle the road in front of the front room.

In 2022, this copy is unlikely to hold true. Social media usage has become even more ubiquitous in the past 7 years and everyone is uploading everything every minute. Some people, like what I am doing here, must be posting pictures of bus ads.

I do not make a habit of photographing the backs of buses, but one evening there was an eye-catching ad on the back of a bus in front of me. An advertisement for a school, one of the photographs used featured David Cameron. I spotted this bus on 10 February 2017, and as such long after he had left 10 Downing St. For some reason, Cameron’s premiership feels such a long time ago. In political terms, it is ancient history. 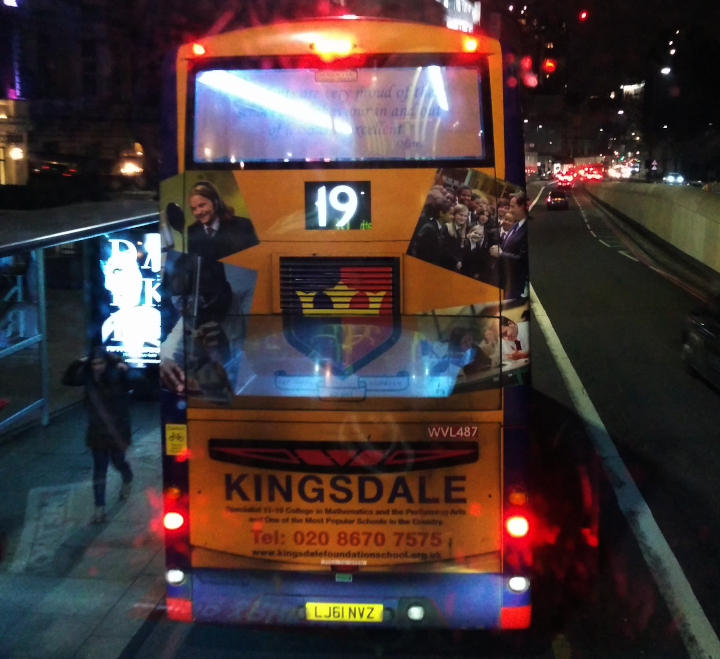 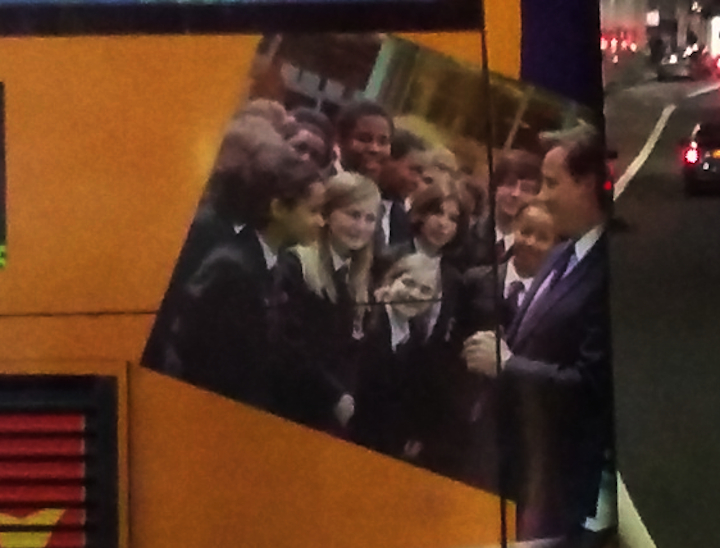