21 July is Belgium’s National Day, and a holiday. The park in central Brussels was taken over by the Belgian armed forces and NATO, showcasing their role in the country and in the world. I picked a couple of DVDs about NATO’s role in the former Yugoslavia and its engagement in Afghanistan.

The military band was playing too. 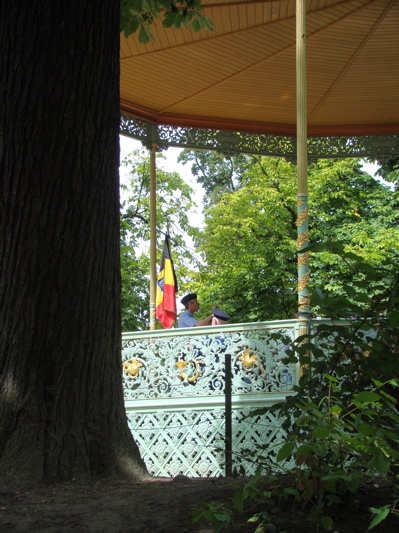 A taste of military life?

For some reason, Manneken Pis was dressed up in the costume of an accordionist. 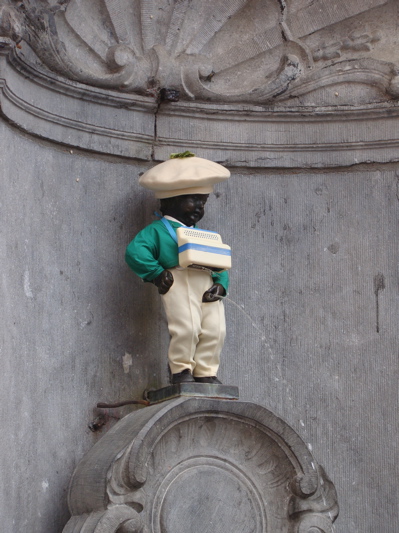 Aeroplanes flew in formation: part of the parade. After jet fighters came these propeller-operated planes. 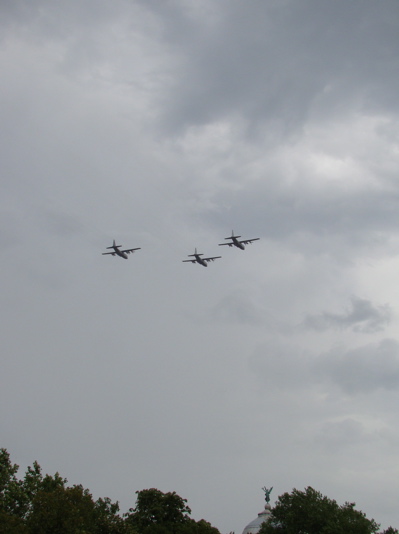 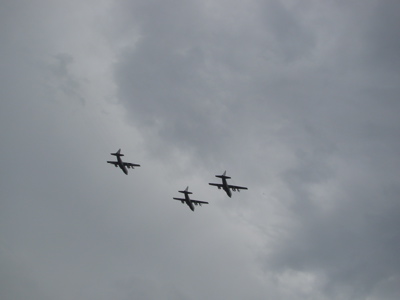