I am expecting a long tense night, based on the opinion polls, but the first exit polls are suggesting gains for the Conservatives, which is a huge surprise. 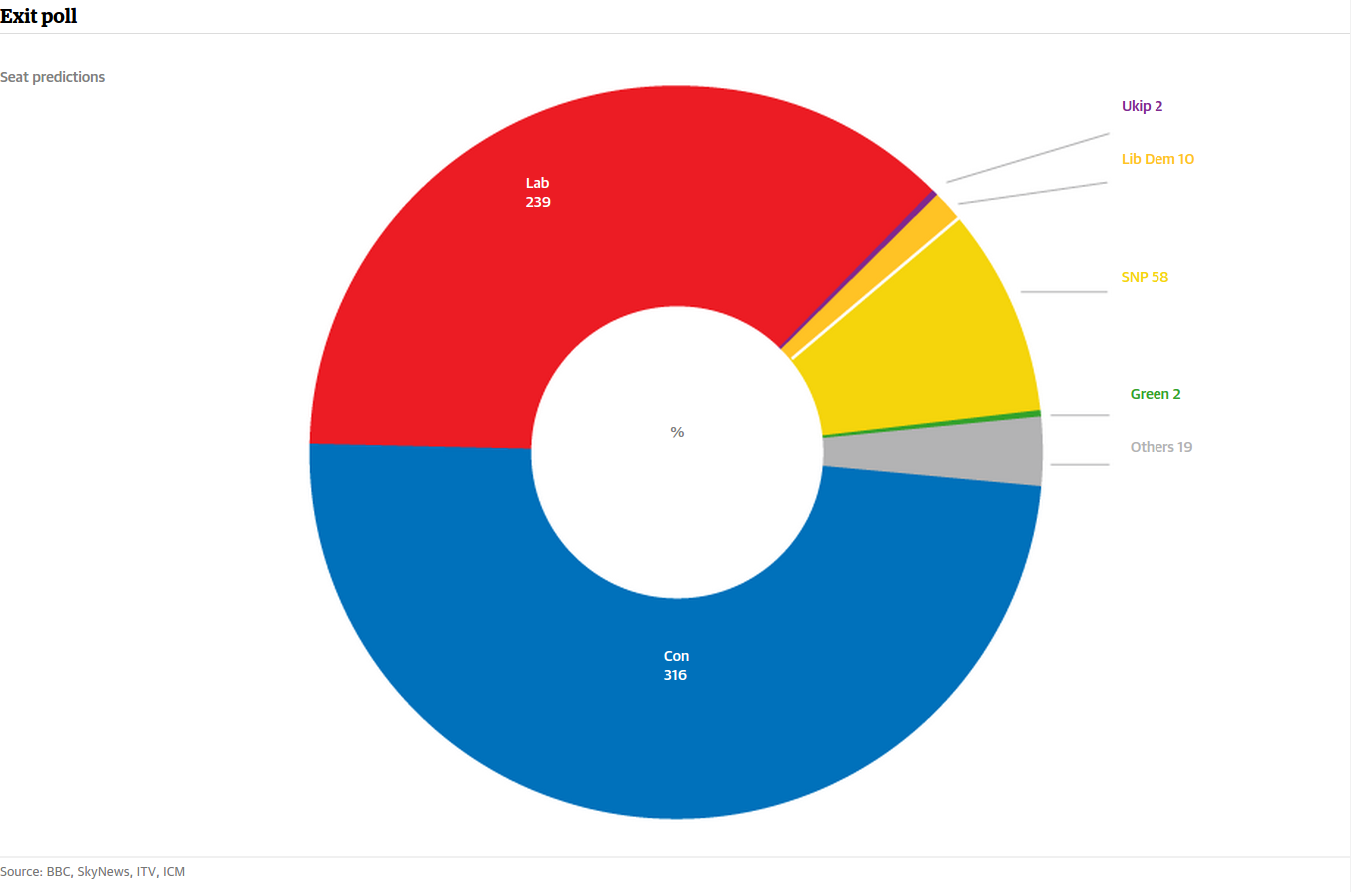 It is a strangely phoney period of the election night now, after the polls stations are closed, yet only a handful seats have been declared: the votes have been cast, and no one can do anything about it now, but politicians and pundits have to put forward narratives for consumption. If the Conservatives do emerge as the largest party, especially if they gain more seats than before and command a majority with the Liberal Democrats and the DUP, then they would claim a victory. Labour’s narrative is that the coalition majority has been slashed (at the costs of the Liberal Democrats), and as such the government has been voted out. If there is no majority for David Cameron, cobbled together from the Conservatives, the Liberal Democrats, and the DUP, then Labour will try to form a government.

If the exit polls are true, then the broad picture is that the SNP has won in Scotland overwhelmingly, and the Conservatives cannibalized their Liberal Democrat coalition partner.