Well, well, well, the only certainty in politics seems to be uncertainty at the moment in many parts of the world. The UK general election has produced a hung parliament, instead of a widely-expected increase in the majority for the Conservatives. Because of the recent political events, I was mentally prepared for either this situation of a hung parliament or a three-figure Conservative majority, though I had been expecting some sort of majority for the Conservatives. I followed the events with curiosity, since I genuinely did not know which it was going to go. Having said that and as I will return later, I do not think this result will change things much fundamentally, since the parliamentary arithmetic has not altered drastically, and the essential questions about the shape of Brexit remain woefully undiscussed and unresolved, even though they are even more urgent and crucial than ever. 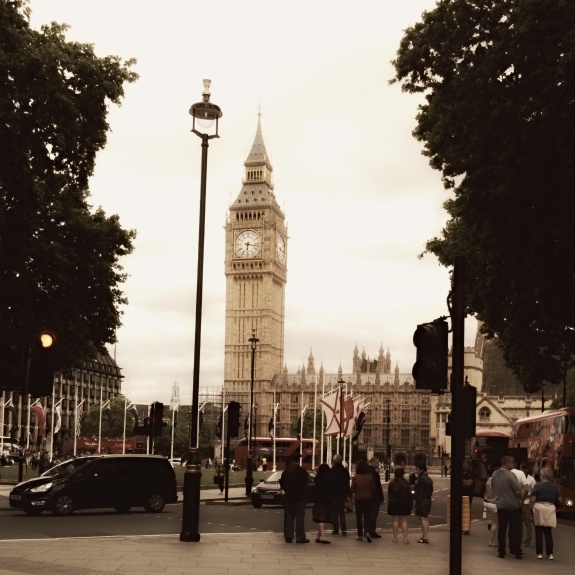 If someone had told me that there was an election in a unicameral and multi-party parliament in some faraway country that I am vaguely aware of, and that the party which had been in government for the past seven years won 318 seats out of 650 with the largest share of the popular vote, and it can count on the support of another party with 10 seats to reach overall majority, then I would conclude that that party had won the election. Yet this is not the narrative of the 2017 UK general election. This election was agreed upon by the two main parties, after Theresa May expressed her wish for one. The election became very presidential, and it was about Mrs May’s mandate, not the party’s. It was widely accepted that the election was engineered so that Mrs May could increase her majority, so that she would be able to pursue her vision of Brexit, whatever that may be. A majority of 17 was not sufficient, and she was in effect asking for a blank cheque.

I was out of the country for about half of the campaign, but what had struck me really odd was this presidential narrative: are you going to vote for a government by Mrs May or Jeremy Corbyn? The somewhat convoluted line of argument from the Conservatives seemed to have been that any vote for any party other than the Conservatives means a vote for Mr Corbyn, and if you, dear voter, do not think that is not good, then you need to vote Conservative. It seemed as if the Conservative narrative for the election was more about what a hypothetical government headed by Mr Corbyn would do than what Mrs May has achived and planned to do. The relentlessness of the negativity and hostility towards Mr Corbyn and Diane Abbott was quite off-putting and at times decidedly distasteful. Mrs May ran a very inept election campaign, and Mr Corbyn had a very good and positive campaign. Perhaps I dislike this kind of presidential and personalized politics, as I am a little old-fashioned, believing that the UK is a parliamentary democracy, and not a presidential democracy. People vote for MPs to represent them, and Parliament is sovereign. However, and to a certain extent, this binary Mrs May or Mr Corbyn narrative seems to have worked, as smaller parties, the Liberal Democrats and more dramatically UKIP, were squeezed out.

While the Conservatives have failed to reach absolute majority in the new Parliament, they have 318 seats and that is pretty crucial. The combination of parties in the centre and to the left of the centre broadly speaking (Labour, SNP, Liberal Democrats, Plaid Cymru, Green) amounts to 314, and that anti-Tory coalition cannot outvote the government, unless Sinn Féin members take their seats (which is extremely unlikely to put it mildly) or there is a rebellion within the ranks of the Conservative party. In other words, the Conservatives only need the DUP to abstain in order to pass legislation by simple majority, not actively vote with them. The degree of Conservative dependence on the DUP would have been far more fundamental had the party won a couple fewer seats thus was vulnerable to the combined anti-Conservative opposition. Arguably the good results for the Conservatives in Scotland account for it: Ruth Davidson has saved Mrs May. However, the parliamentary arithmetic is such that Mrs May will be in serious trouble with just a couple of by-elections. And the foregoing makes an enormous assumption that the Conservative MPs are disciplined and can be coerced to vote for the government. It is also possible to argue that the 331 seats held prior to the poll were not sufficient in any case to push through Brexit, and it does not represent a huge difference in that Mrs May would have had to be careful to keep her party together, purely seen from the parliamentary arithmetic rather than in terms of political clout and authority. After the 1992 election, the Conservatives had 336 seats in a 651-member parliament, but by-elections eroded the majority and eventually they fell into a minority government. If it is indeed going to be like John Major’s government, hanging on by a thread, and being held hostage by various factions within the party, then how long could this government in 2017 last?

If the measure of victory had been an overall majority, then Labour has failed and lost for the third time in 7 years. It is a victory only insofar as the Conservatives were denied an overall majority. Despite obtaining about 40% of the popular vote, Labour is still far away from winning outright. I suspect Labour voters comprised people who voted Labour because of Mr Corbyn and those who voted Labour despite Mr Corbyn. It would be interesting to see if Labour and Mr Corbyns would be able to gain more support so that it can take more seats. Whatever the composition of those two groups, Mr Corbyn’s position within Labour looks unassailable for the next while. The Conservatives failed to convince enough of those who eventually voted Labour despite Mr Corbyn: it looks as though the Conservatives have calculated to go for a hard Brexit and push negative messages about Mr Corbyn, so that they could win over the UKIP voting blocs in the north and rely on their strongholds in the south by scaring the living daylights out of wavering voters. The UKIP vote crashed, but it was split between the two major parties, and even if the Conservative share of the vote went up, it did was not sufficient to overtake the Labour share. In the urban areas, there was a Labour surge. I was genuinely surprised to see my MP, Justine Greening, retaining her seat with a hugely reduced majority of one-and-a-half thousand.

The time is over for vacuous Brexit means Brexit or very dangerous no deal is better than a bad deal rhetoric. The reality is beckoning and the clock is ticking. Brexit will happen whether the UK government or for that matter the country is ready or not. The EU is ready. This election could be judged as a massive waste of time – a commodity that is not in abundance – as far as Brexit negotiations are concerned. Indubitably Brexit is the biggest issue facing the country, and its contours will shape the economic conditions that will set limits to the policies that any party can implement. My guess is that the currency will weaken further, and inflation will be higher, thus tax increases will be inevitable, as borrowing will become more expensive and at the same time the austerity policies will come under scrutiny and review. That would probably have been the case whoever won and whatever the composition of the House of Commons.

Both the Conservatives and Labour are divided internally over the exact form of Brexit. The whole reason for this election from Mrs May’s perspective was to gain a group of MPs within her own party whose members owe their job to her, thus would be loyal to her, so that she could pursue her vision of Brexit, be that a hard one she had been talking about thus far or a softer one, without being held hostage by the fringes of her party. Now Mrs May is vulnerable to the proponents of both hard(er) and soft(er) Brexit within the Conservative party. This situation will not change for her successor if she proves unable to hold on to her job. There is an additional issue about mandate and legitimacy to conduct the Brexit negotiations, since this election was fought for that mandate and legitimacy, which Mrs May did not obtain, and her successor arguably will have even less of without another election. There are fundamental issues related to Brexit on which the party is divided, and in many instances there is no possible compromise and the question can only be formulated either / or: for example, the UK is either in the single market or not. The government looks to be simply untenable, given the internal Conservative split on Brexit. Yet the current composition of the House of Commons makes a Labour minority government extremely unlikely.

There will be some sort of political realignment, since such is required, as Brexit is way too important to be subsumed into party politics. Brexit is perhaps similar to the Corn Laws and Catholic emancipation of the past but even more serious. This realignment could take place by holding yet another election, which would be a true Brexit election, or without an election where there is a government of national unity or a parliamentary consensus, perhaps in a kind of caretaker capacity, to ensure a smooth Brexit. In any case, whether there is another election or not, continuation of adversarial party politics as usual is unlikely to be in the UK national interest. There are many scenarios to ponder. What would or should the opposition parties do, if Mrs May (or her successor) were to reach out to them with a softer Brext with the hard Brexit Conservatives threatening to bring the government down, or Mrs May (or her successor) were to pursue a hard Brexit and soft Brexit Conservatives were to reach out to them? Or should the opposition parties concentrate on bringing down the government, and force it into another election, regardless of the delays such might cause to the Brexit talks?

As mentioned at the beginning, the only certainty looks to be uncertainty for the next few days, weeks, and months, when there ought to be little time for uncertainty.