Whom are they voting for?

Local elections are being held tomorrow in England. The national political scene in the UK has been quite extraordinary for some time: the cabinet cannot seem to agree on the direction of Brexit and the home secretary has resigned recently following the appalling Windrush scandal. Yet it does not feel as if the opposition is ready for government, as Labour is embroiled in its own splits and controversies. 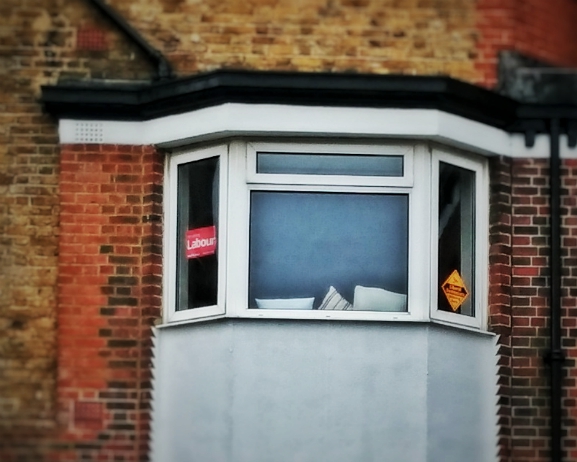 Anyway, there have been a few signs posted on windows and in front gardens, and while doing errands, I found this rather confusing political message on a three-panelled window: on one side there is a Labour poster, and on the other side a Liberal Democrat poster. I suppose the occupants of this house are of different political persuasions. Or perhaps they are keen on not supporting the Conservatives and trying to reinforce the ABC (anyone but the Conservatives) voters. Or is this actually a very cunning plan by Conservative supporters to split the anti-Tory vote?

In an increasingly polarized political climate, I do hope it is a case of people with strongly-held political views living peacefully together.