People are shouting at tea. This is perhaps a neat summary of what is happening in the UK in 2020. The newly-appointed Chancellor of the Exchequer Rishi Sunak, the chief finance minister of the UK, who is going to give the Budget soon, tweeted a photograph of himself making cups of Yorkshire Tea, a ubiquitous and tasty brand of tea. 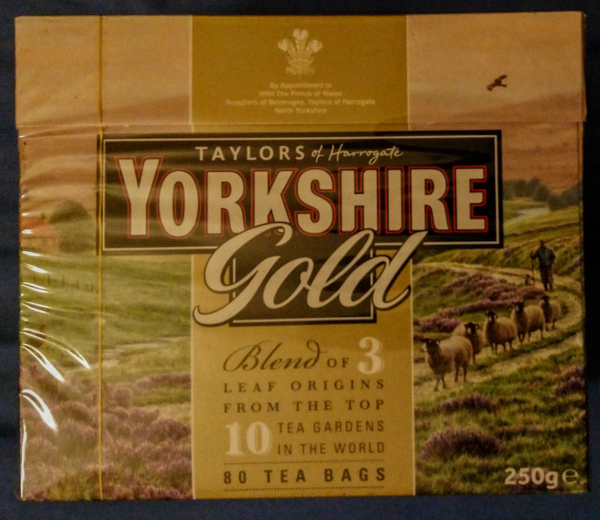 I am quite partial to Yorkshire Gold. Being one of those weird people who drinks tea without sugar and without milk, I find Yorkshire Gold richer and subtler compared to other brands. And quite often they are on offer in supermarkets and cheaper than competitors.

For reasons that elude me entirely, some people took an exception and became very angry at Yorkshire Tea. They have called for Yorkshire Tea to be boycotted and sent nasty messages to the company’s Twitter account. The photograph that somehow caused controversy was not some sort of endorsement by the Chancellor. The company was not trying to associate itself with the politician and it was not forewarned. I cannot imagine any ad agency thinking it’d be a great idea to get politicians, who are often divisive figures, to advertise products and services.

Sometimes a cup of tea is just a cup of tea and nothing more. It seems as if we are living in such a polarized age where everything is politicized or seen through a political filter, and anything and everything is tainted by association. The logic must be something on the lines of: this politician is evil, therefore anything he or she uses must be necessarily evil. Will those people angry at Yorkshire Tea call for boycotting Apple products, if a politician they disapprove of is seen using an iPhone? But then, Apple does not allow baddies to use its products.

Perhaps I have a weird concept of politics, but in my mind, politics is about making life better for people by instituting and implementing policies, not shouting about who is ideologically pure and correct. Politics requires negotiations and compromises. The recent trends seem to comprise increasing intolerance of other opinions and argumentum ad hominem. Many people are taking an absolutist stance, where if something is not 100% acceptable, then it must be opposed. It is a zero-sum game, and any compromise is treachery. It is also not about the issue, in other words, not what is at issue, but the person. Once it is decided that a person is bad or evil, whatever that person says or does must be wrong and as such opposed.

There are many serious issues in the world that demand rigorous but respectful and dignified debates in search for solutions. I suspect, though, we live in a Manichaean age and there will be even more shouting, at each other, and at tea.