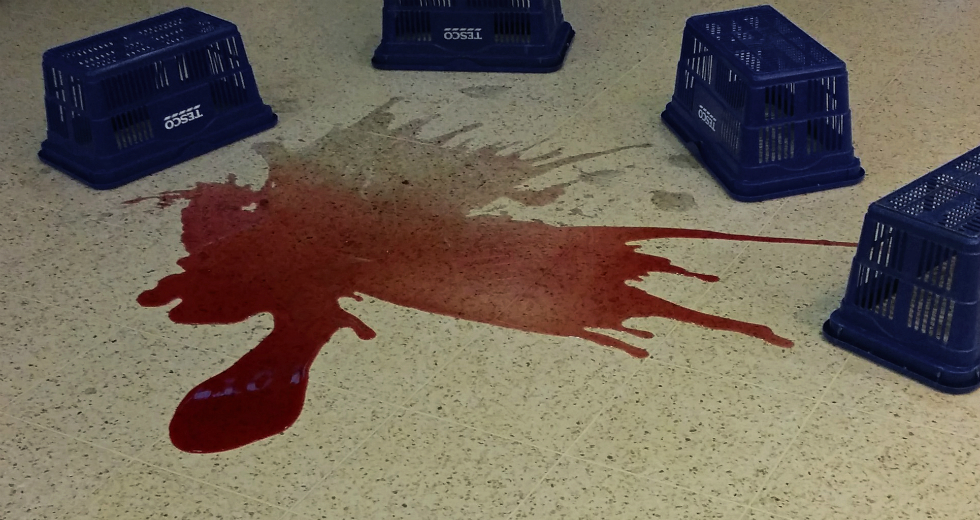 Spotted in a branch of Tesco near Piccadilly Circus, London, on 13 March 2015. The scene was secured by using blue baskets. The pool in the middle suggests a rapid loss of liquid, about three quarters of a litre. Passive flow is observable. The lack of stains such as cast-off spatter and directional drops suggests that the event took place at this location, therefore this is the primary scene. It may be concluded that the victim identified as Vino Plonko suffered multiple fractures after a fall from a height of a few feet and the demise was caused by exsanguination.