Will the current Greek crisis define a generation? 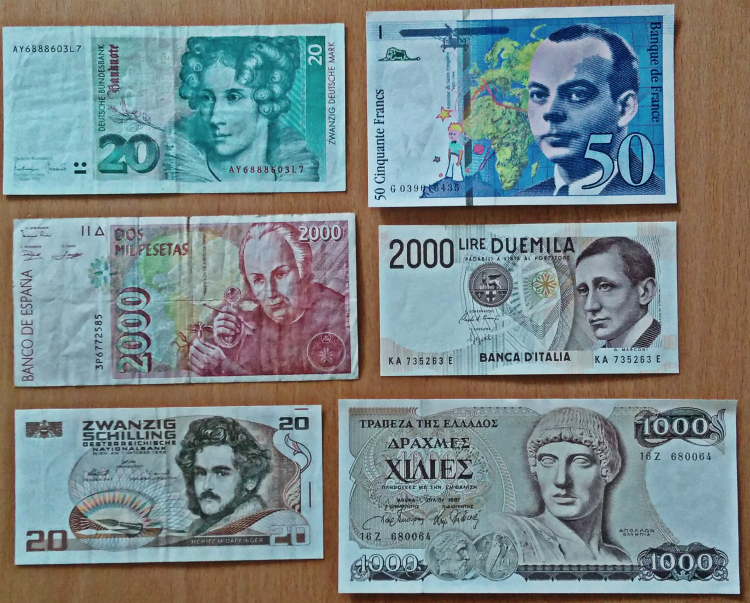 Recently I posted an image of a 1,000 drachma banknote from the pre-euro days in an article on the current Greek crisis, and I also found a bundle of other national currencies prior to the introduction of the single currency. At that point, I came to a realization which should not have been particularly revelatory yet somewhat discomforting that I was getting old, because some of those who were born after the start of physical circulation of euro notes and coins on 1 January 2002 are now teenagers.

I think many people’s attitudes and views to issues are formed by what they have experienced, encountered, and witnessed – or convince themselves that they have experienced, encountered, and witnessed as memory is a conveniently or dangerously malleable thing – in their lives, particularly at a young age. It would be fascinating to know what different generations see as their key events that have shaped their Weltanschauung.

For me, as someone born in 1979, the earliest big events that I remember – or I think I remember – are things like the nuclear disaster in Chernobyl, the fall of the Soviet Union, the Berlin Wall, and the eastern bloc, the Tiananmen Square massacre, the release of Nelson Mandela, and the terrible genocide in Rwanda as well as the horrific civil war in Yugoslavia. For those who were born a decade later, it would indubitably be 9/11.

There is no doubt that the current Greek crisis is an important event in the history of modern Greece, the European Union, and the euro, but what about its wider ramifications? It is difficult to predict what the recent days and the days to come in the ongoing Greek crisis will mean in the future, since they may be largely insignificant and inconsequential for most people, thus curiously and carelessly forgotten quite soon and consigned to the footnotes of world history as an oddity, or they could turn out to be a defining moment in the history of Europe and the wider world, heralding a new and different – perhaps difficult – period, and which people will remember for the rest of their lives and on which people will form their often lifelong fundamental attitudes and ideas towards political, economic, and societal issues.