Britain has a certain image problem when it comes to food. I think much of it is now unmerited, as there are so many different types of food available, in terms of the goods sold in supermarkets and also the very many cuisines available at numerous restaurants and eateries. In some foodstuffs, Britain is extremely innovative, and crisps (or potato ‘chips’ in North America) exemplify this trend. 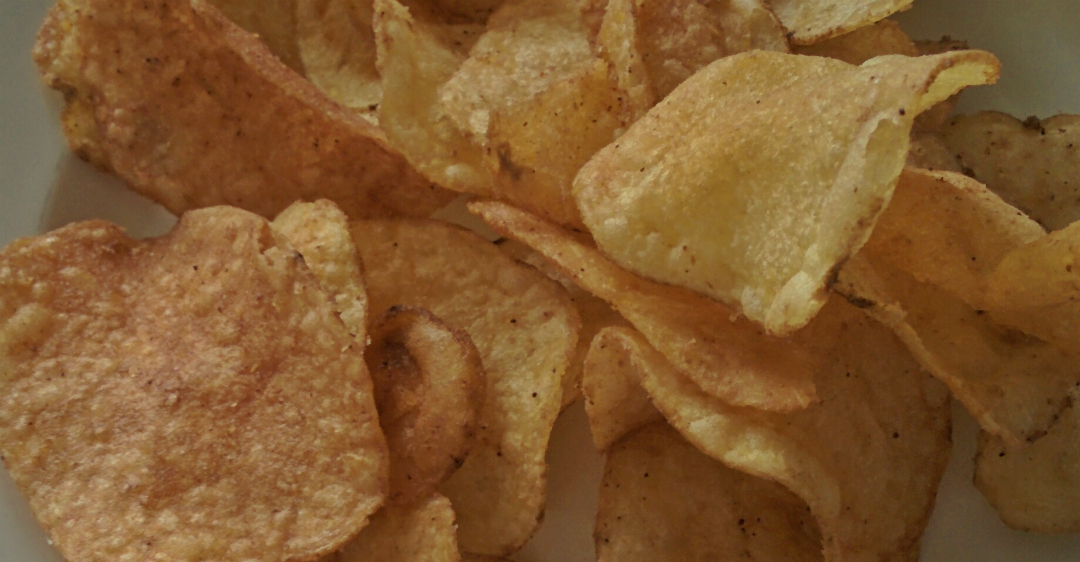 When I was young, crisps usually came in packets in three colours (blue, red, and green) signifying three flavours (cheese and onion, ready salted, and salt and vinegar), and occasionally in brown bags containing crisps that vaguely tasted of bacon. Nowadays there are so many different flavours: roast chicken, sweet chilli, lobster cocktail, and even Marmite to name a few. The traditional flavours sound fancier too. Cheese is no longer simply cheese but cheddar even mature cheddar, salt is not just salt but sea salt, and vinegar is specified as cider or malt vinegar. Soon onions will be some rare species of onions grown only in the middle of nowhere in France.

Is it just me, or things have gone slightly over the top as far as crisps are concerned? I was at the local Marks & Spencer (Southfields is becoming more civilized) where I found Venison, red wine, and juniper hand cooked crisps on sale at £1 a packet instead of the normal price of £2. 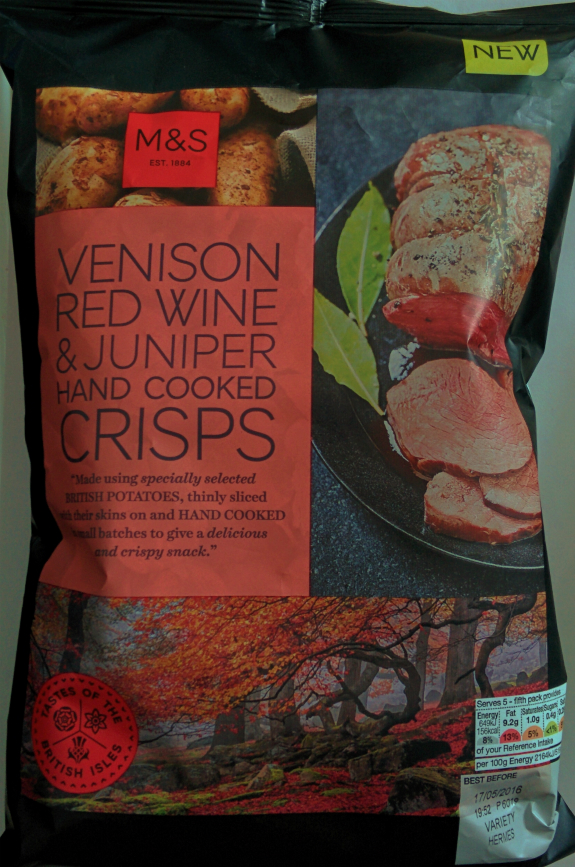 The tone of this piece so far hopefully has conveyed my deep scepticism towards this kind of extravagantly named flavours. Indeed, I was psyching myself up to write a diatribe about the festishization of food in the modern world, where things have to bear poncy names to fool consumers and for consumers to feel good or sophisticated about themselves. Who would flavour wafer-thin slices of potatoes with venison, red wine, and juniper?

Alas, the product development team or whoever came up with these crisps at Marks & Spencer have done well. The crisps do taste and smell of the three ingredients mentioned. The tastes and smells are substantial and complex as you would expect from venison and red wine, so much so that even tempered by juniper I would not want to eat them on their own, at least not the whole bag in one sitting. These crisps would be a good choice for occasions such as after an event or during the afternoon when light snack is served to guests alongside wine, and they would be good accompaniments to things like olives.

Having praised this product, I am still generally suspicious about fancy crisps. Perhaps Marks & Spencer or another purveyor of fancy crisps should come up with offal-based humble crisps I that could eat.