On Easter Monday, as I was coming home from the shops, there was a band of dark clouds that produced a downpour leaving me drenched. Soaked and shivering, I was annoyed at myself for forgetting to take an umbrella with me, however beautiful rainbows more than made up for such irritation. It’s true to say that rainbows are merely natural phenomena that occur in certain conditions, but they still have the capacity to make me happy in a somewhat childly way.

These pictures were taken with my smartphone (Nexus 5), using Snap Camera, and back home I enhanced the contrast using Darktable and Polarr on my computer. These images won’t win any photography competition, and I probably could have done more if I knew how to do things properly, but I don’t think they are that bad. Snap Camera has been the default camera app on my phone for some time: among other things, it can save images in DNG.

The primary rainbow was vivid, and a secondary rainbow was also visible. I hadn’t seen rainbows for some time, and I am not sure when I saw a double rainbow last. 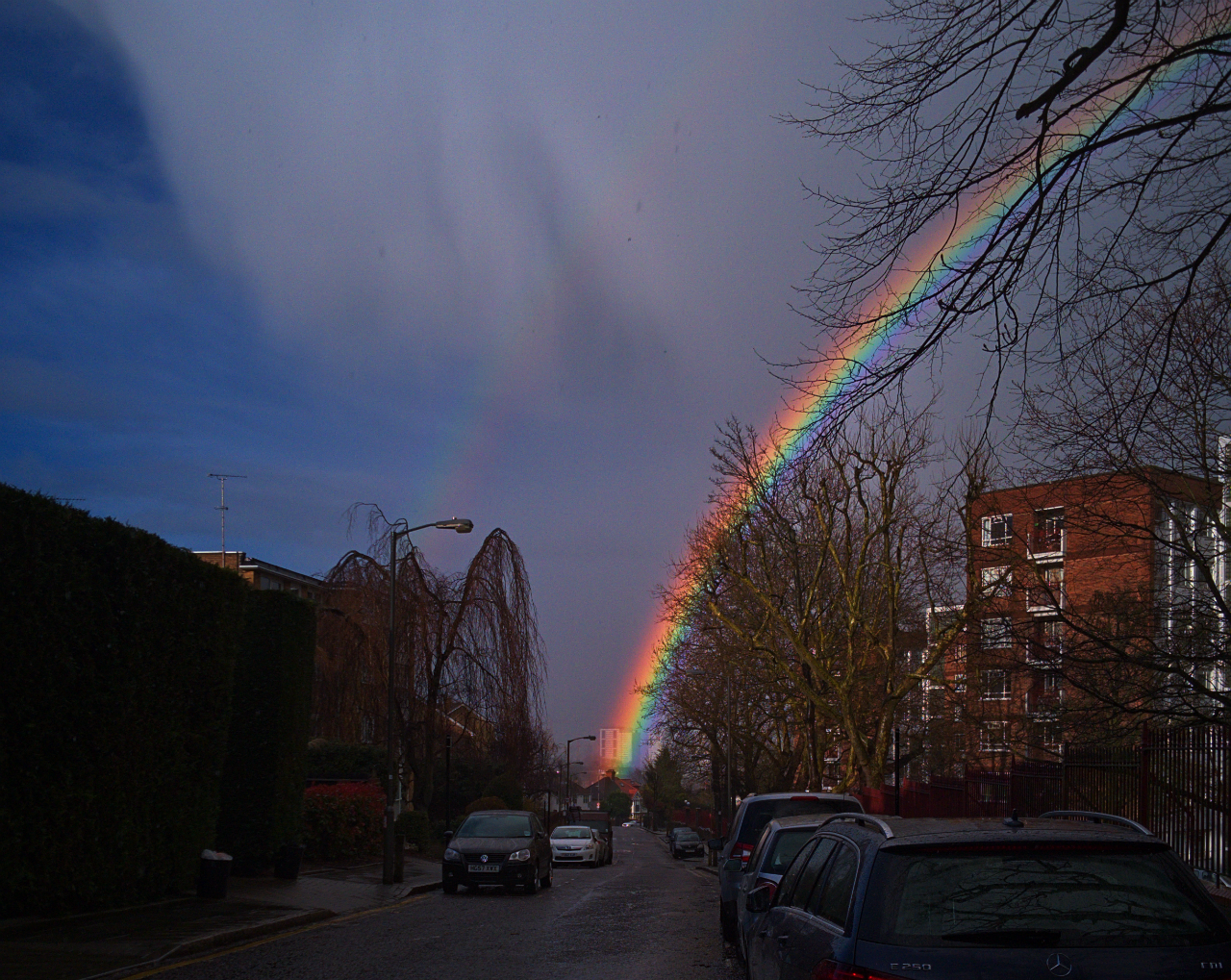 Supernumerary bands were just about visible under the primary rainbow. The secondary rainbow was very faint and behind the tree. 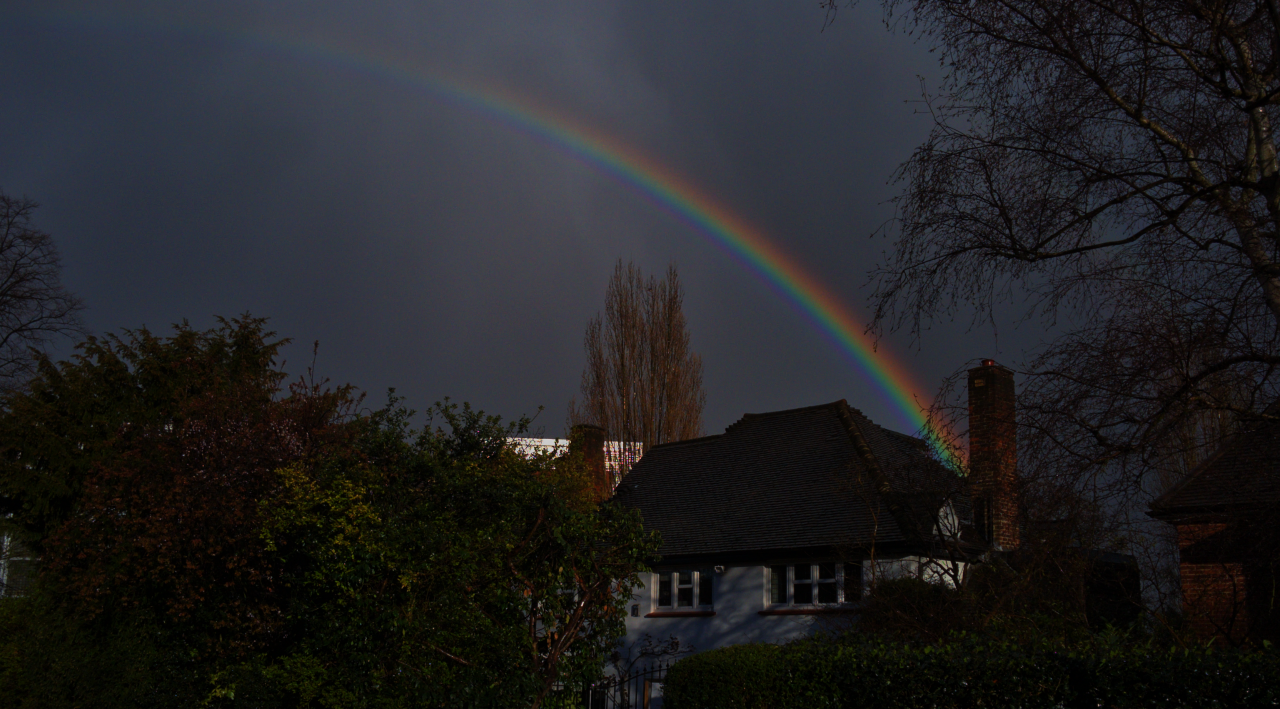