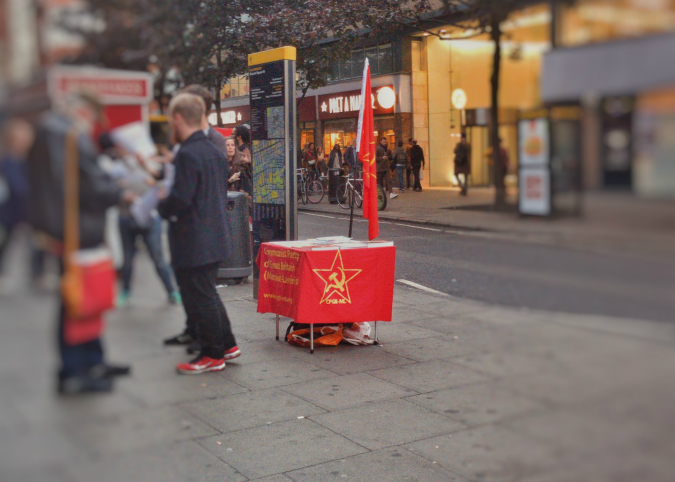 As Russell Square is close to a number of University of London institutions, and the new academic year has started recently, that might be the reason for choosing this location. As a centrist in political matters, I dislike the extremes on both the left and right. The extremes tend to splinter into fractious groups which argue more against each other than against the purported enemy on the opposite side of the political divide. I was half hoping some Trotskyists would turn up and start arguing on arcane points of Marxist canonical texts, but that did not happen, at least while I saw them.