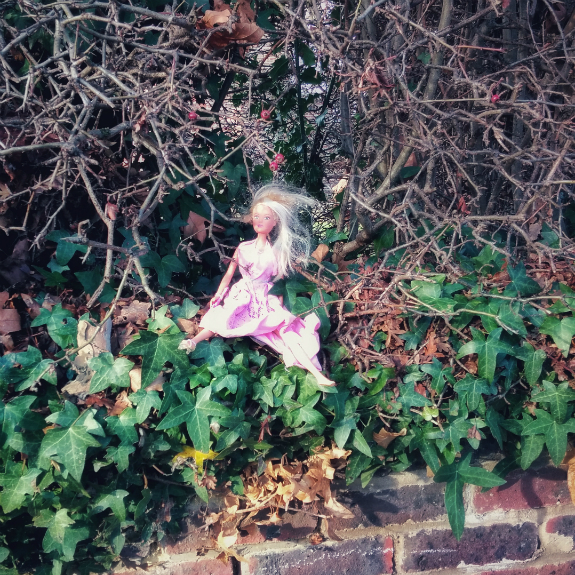 As I was walking home after doing a few errands, I noticed this doll, which had lost one of its shoes and somehow become stuck in a hedge. Somewhat freaky, perhaps more aptly a little eerie, but definitely out of place, I wonder how it ended up there. Perhaps it was deliberately placed there by the owner? Could a child have been playing hide and seek with it and something more important came up that distracted the child? Was it thrown by a child in a tantrum? Was it dropped inadvertently and a stranger decided that it was safer in the hedge than on the pavement? Was it placed there as some sort of secret code for a sinister deal?

Only if the doll could talk. Actually, no, I do not like dolls that talk. They scare me for some reason, especially those that start to speak in that strange mechanical sing-song voice when you are least expecting or prepared for it and end with a demonic laughter. There must be a very specific term for an extreme or irrational fear of talking dolls. Please note that this is specifically about talking dolls and not dolls in general. 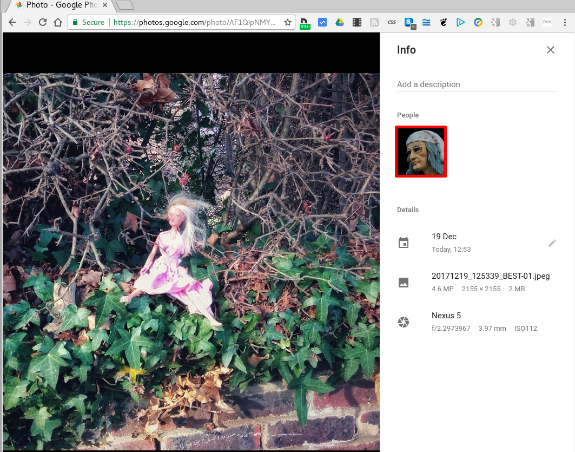 PS: I have been quite impressed and slightly alarmed by Google Photos’ canny ability to distinguish and group faces with accuracy, but something seems to have gone awry here. Who is this person that Google has identified as the same face as the doll? I have no idea.