Royal memorabilia: the marriage of Prince Harry and Meghan Markle

I am no collector of royal memorabilia, but I suppose plates and mugs like the ones in the picture are being knocked out at a prodigious pace, and presumably bought at a reasonable rate, as the date of the wedding of Prince Harry and Ms Markle fast approaches. There have been quite a few royal weddings and births in the past few years: I am sure there will be memorabilia celebrating the birth of Prince Louis when I peruse the shops in central London at some point in the near future. I somehow doubt these mass-produced and relatively inexpensive memorabilia will become valuable antiques in the future, certainly not in my lifetime. If I were a collector, just imagine the poor soul to whom I bequeath such things.

PS: The official mug sold by the Royal Collection, in a more refined taste, costs £25, as the screenshot below shows. The shop is full of other official memorabilia and I have to admit they are rather fascinating even though not tempting. Website: www.royalcollectionshop.co.uk 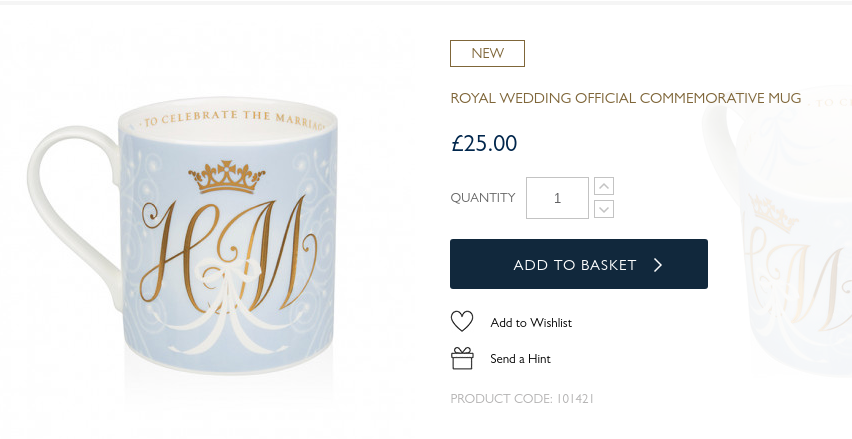