How not to promote your business

There is a lot of spam on Google+, but it is a little worrying and concerning when a ‘social media marketing company’ starts to spam many Google+ communities, since it cannot manage its own reputation: how would its clients fare?

There are many types of spam on Google+, especially in Google+ communities, and as the owner or a moderator of a community, clearing spam posts stuck in the moderation queue is one of the many daily online chores. While there are some sophisticated and seemingly successful spamming schemes, many attempts fail and populate the moderation queue with other types of Google+ detritus.

Some people may be spamming Google+ communities inadvertently out of naive enthusiasm, however when someone starts to promote his or her business in an indiscriminate fashion, then failed spamming is not only a waste of time, but such is also bad for the reputation of the business. It is arguably even worse, when a supposed social media marketing company starts to spam Google+ communities, as in the screenshot of a Google+ profile below demonstrates: the same text, the same hashtag, the same link, all posted within seconds of each other. 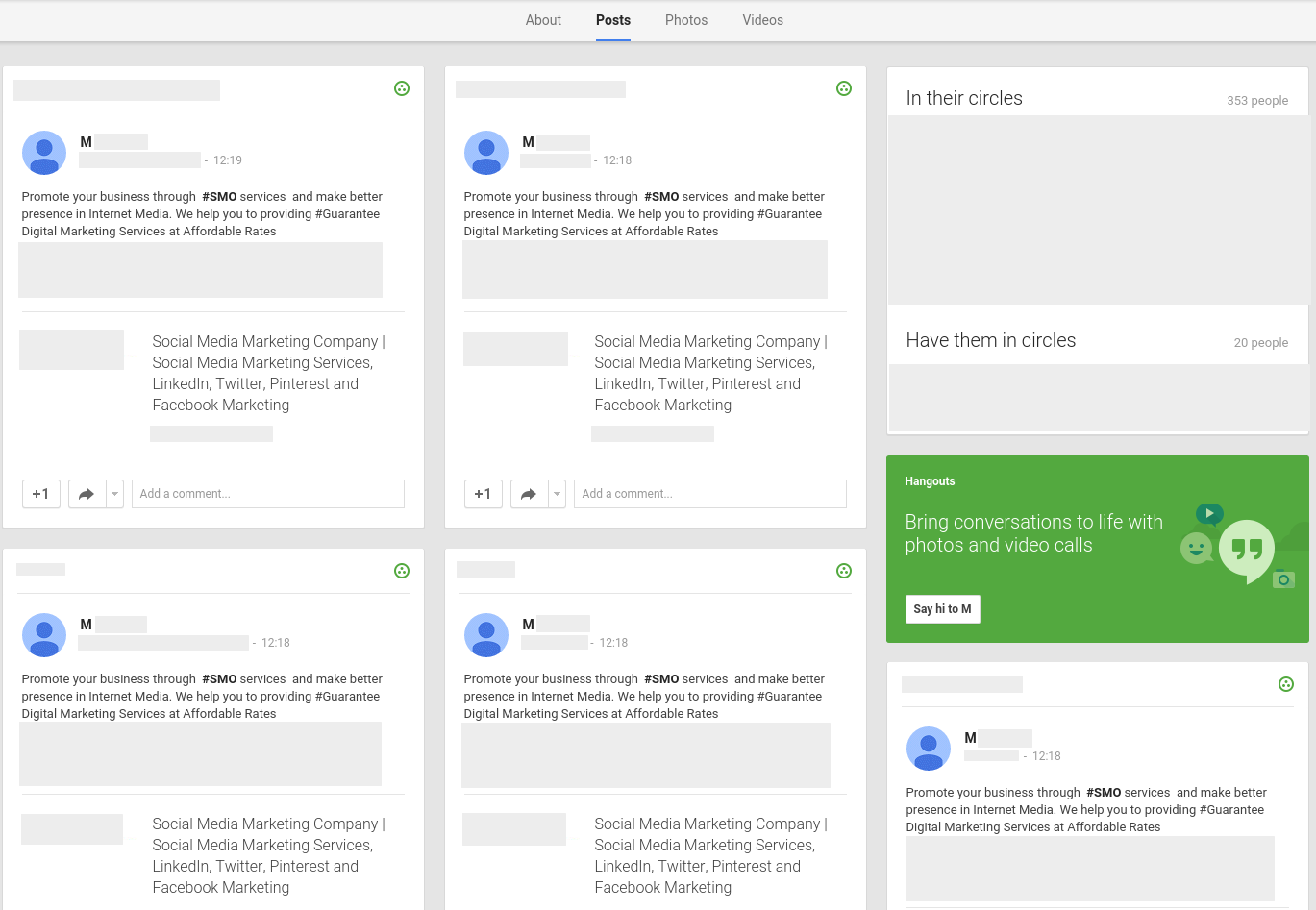 Would I trust any company that goes on to spam Google+ communities about its social media marketing offerings targeting LinkedIn, Twitter, Pinterest, and Facebook, and which curiously omits Google+ on Google+? Of course not. Would I recommend this company? Of course not. It is tempting to name and shame this rogue operator, but that would not be fair, because this person was so incompetent as a spammer that his or her posts were held in moderation thus failed to reach any potential customers and no harm was done, and there are many like this person who keep on posting links in many Google+ communities mechanically.

Given how important the internet has become for many businesses large and small, there is an impetus to make sure that they are present online. This need for presence applies for social media as much as on search engines: there are unfortunately many dubious operators who could turn away potential customers through spamming and shady practices. One way to weed out the unscrupulous and the unreliable is how they promote their own businesses on social media platforms, and ask yourself, would I like to be on the receiving end of this as a user of this social media platform? If not, then it is a pretty safe bet that you would not want that person or company to promote you or your business.