Greece is almost certainly heading towards default and bankruptcy, and ‘Grexit’ is increasingly likely, after the eurozone finance ministers meeting in Brussels decided not to prolong the bailout package expiring on 30 June 2015. Without the bailout money, Greece will not be able to pay back €1.6 billion to the IMF due on 30 June, and at some point in the near future it will be unable to pay the wages to public sector workers and pensions. In other words, the state will be bankrupt. Without the Emergency Liquidity Assistance (ELA) from the European Central Bank (ECB), Greek banks will likely to collapse soon. The Greek state will have to place capital controls almost immediately. The life for the people of Greece will turn for worse.

State bankruptcy and banking collapse would in many people’s view inexorably lead to ‘Grexit’, as once the state for example needs to issue IOUs to pay public sector wages and pensions because it has no money, then such would become the de facto parallel currency. And that parallel currency would lose value quickly against the euro, which will continue to exist and of which many people in Greece have already stuffed in their mattresses and pillows. If Greece were to remain in the eurozone as most Greeks wish then there is a small window of opportunity, when the state still has some cash reserves to pay out salaries and pensions even if it might have defaulted on the IMF and other loans, and stringent capital controls ensure that the banks do not completely collapse, during which the current government by Mr Tsipras falls and a government of national unity of some sort is established that could swiftly come to an agreement with the eurozone lenders, perhaps shortly after the proposed referendum.

Whatever happens next, today (27 June 2015) will be remembered as one of the important dates in history of the European Union, the euro, and Greece.

PS: I found a 1,000 drachma banknote from many years ago. 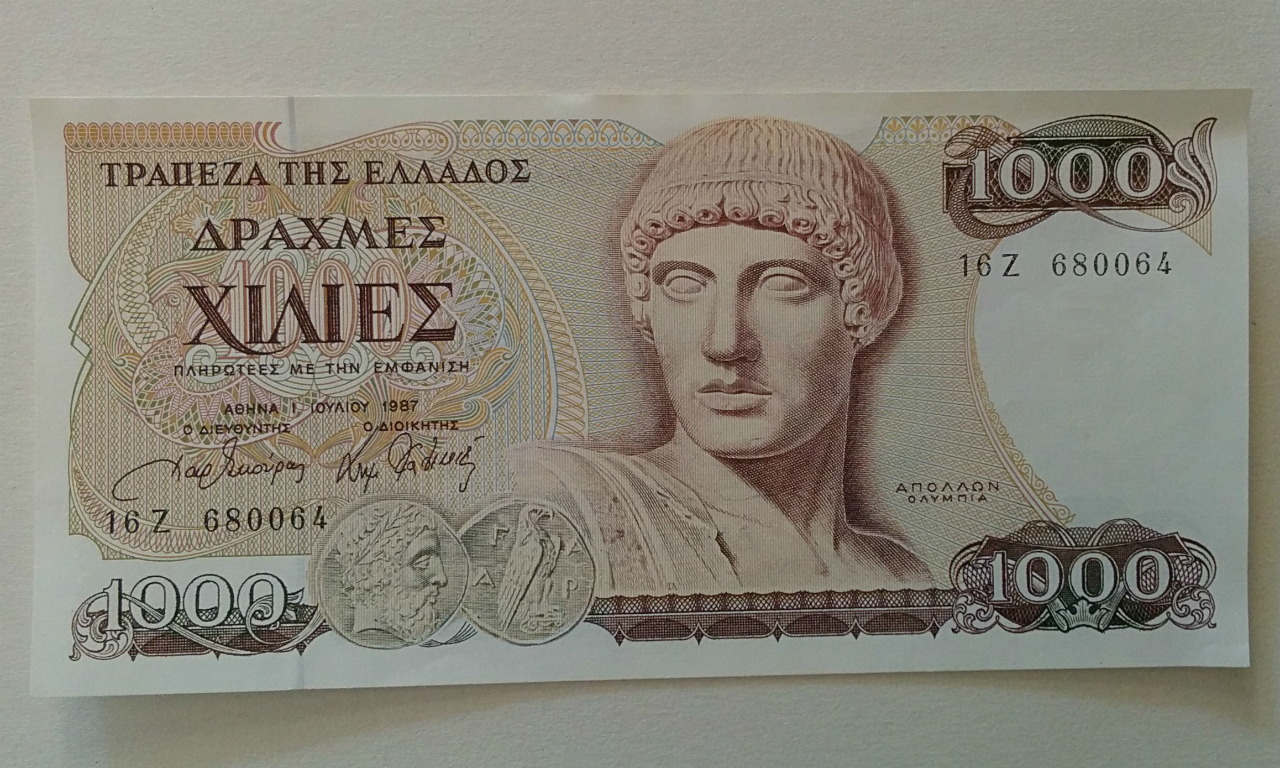