Wimbledon starts tomorrow, and the following fortnight is the busiest time of the year in Wimbledon and Southfields. Last year, when the Olympic Games were held in London, and Andy Murray won the gold, I could hear the cheers from Centre Court in my room, drifting on a westerly breeze. Depending on the weather and how much time I have on hand, I might go once or twice during the Championship to see a few matches. 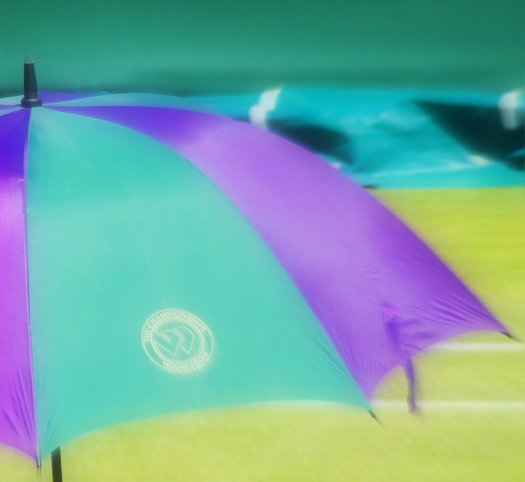 Usually I go for the afternoon entry after 5 PM, when the ticket price is reduced, and watch matches in the outer courts in the first week, and perhaps queue up for the ticket resale for Centre and No 1 Courts, especially in the second week. The weather is a factor: if rain is likely, or it is actually raining in the morning and early afternoon, then fewer people are likely to be going to the venue, therefore queuing is shorter and more chances to see matches, provided the weather clears up in the evening. I have been very fortunate in that I was able to watch ladies’ quarter-finals in 2011 and 2012: there was continuous rain during the day, so the two matches scheduled on No 1 were moved to Centre, and I managed to obtain a resale ticket for Centre to watch more or less two complete matches. In the past, I have also queued up very early in the morning, and overnight once: that was an exhausting yet exhilarating experience, and surviving the whole day on excitement and enthusiasm.

I am not a devoted follower of the sport, in that I do not watch all televised games or follow the fortunes of the players in great detail, but I really do enjoy going to the courts to watch matches. Watching the matches courtside feels totally different from watching on television: in particular, the flight of the ball is so much clearer. But above all, there is emotion and closeness, that is intense and raw. Compared to other sports, tennis feels more intimate, and gladiatorial in nature. Fists and punches are not exchanged, but underneath the civility of the game, the indirectness mediated by the racket and the ball, and the spatial separation by the net and the lines, there is real passion, determination, and skill. There will be many dramas over the next two weeks, and hopefully I can be a witness to one or two.