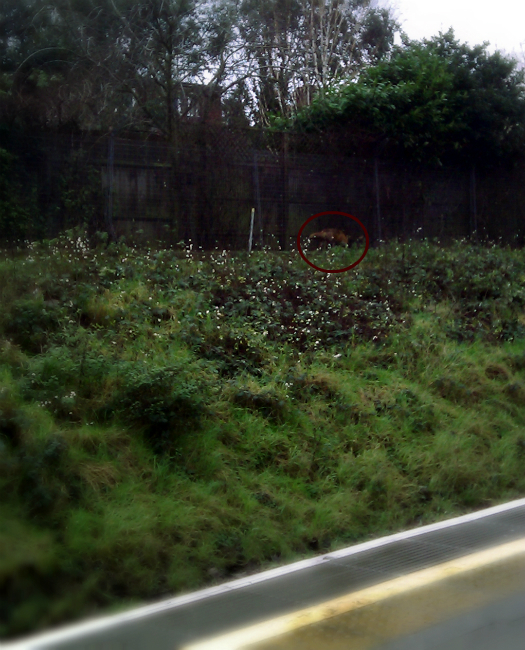 Yesterday, I was waiting on the platform for the next train to arrive, when a high-pitched, sad, almost wailing voice came from somewhere. To my surprise, the sound was coming from a fox, walking near the tracks. I see foxes quite often where I live, usually at night, and as such it is relatively rare to see them during the day. Ascribing human emotions or interpreting animal cries with human emotions would be rather silly, but the fox really sounded very sad. The fox looked pretty oblivious to human presence nearby. I really have to wonder what that fox was going through.

PS: This picture is not particularly good, as it was taken using the camera on my mobile phone.