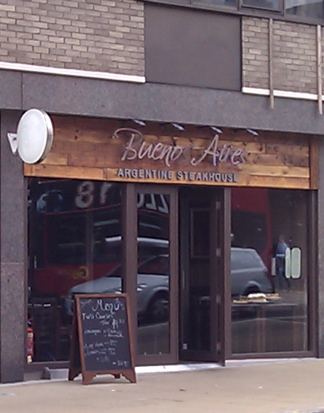 This is not the first place where I have seen so many Argentine steakhouses. When I went to Amsterdam last year, there were many steakhouses, mostly Argentine, but also a sprinkle of Uruguayan.

So why is there this new fad? Is the beef so much better, or is it so much cheaper? Perhaps I should go and visit one of them soon to find out more about this phenomenon.