Royal Wedding │ A glimpse of the Duke and Duchess of Cambridge

After watching the wedding ceremony at Westminster Abbey and the carriage procession to Buckingham Palace on the television set at home, I set out and went to central London to see what it was like. When I arrived at Victoria Tube station, there was a constant stream of people entering the station, and presumably going home. Many of these people must have spent quite a long time on the road to catch a glimpse of the procession. A peal was continuing at Westminster Abbey.

Walking up Whitehall to Trafalgar Square and then through Admiralty Arch, I rambled along The Mall. It was about 3 o’clock in the afternoon, and there were still a good few thousand people along The Mall, and in the Park. For some reason, the police were clearing The Mall of people and rubbish. Curious, since there was a build-up of a sizable crowd, I decided to hang around, and at 4PM, the newly-created Duke and Duchess of Cambridge drove from Buckingham Palace to Clarence House. I managed to take a few photographs: it was really a glimpse, but still, I was lucky, being in the right place at the right time. 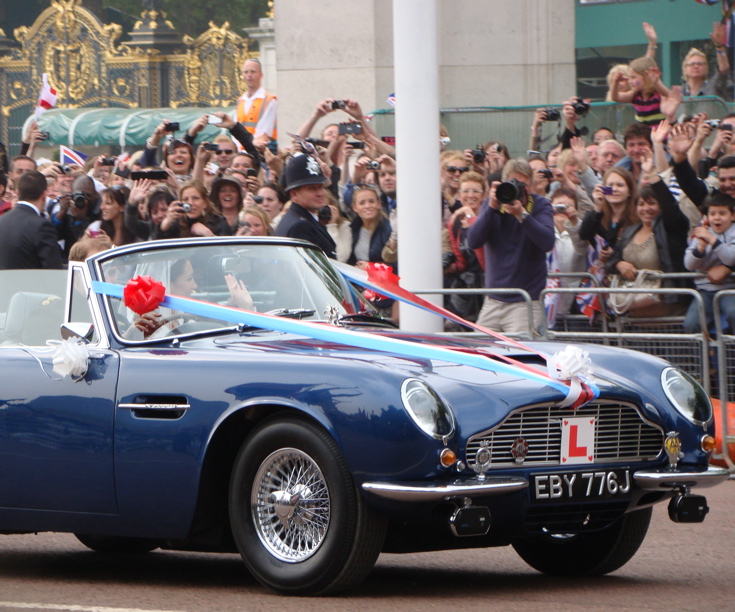 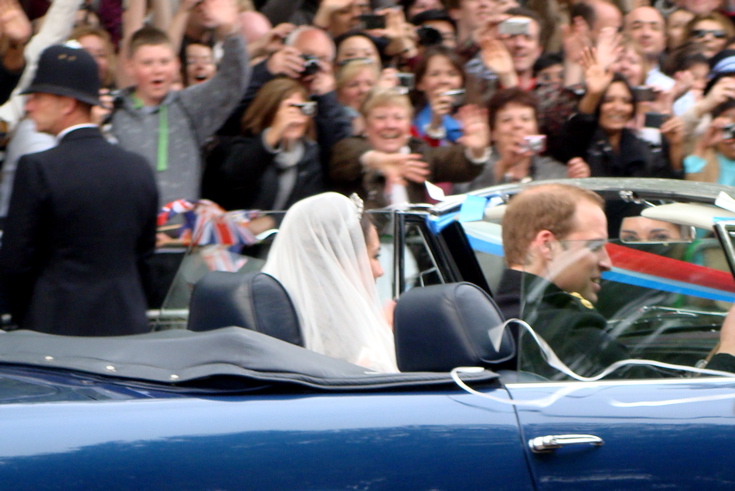 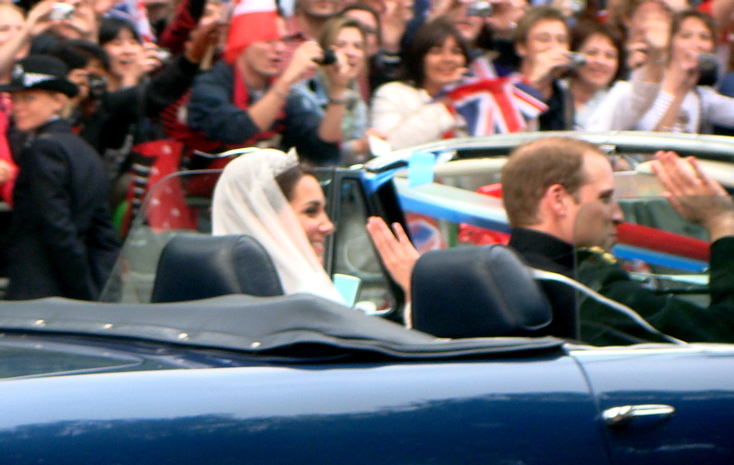