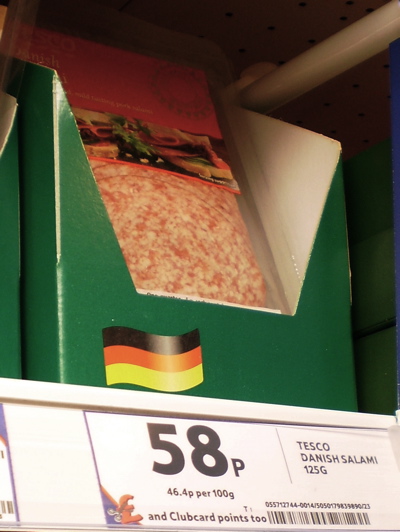 Spotted at a Tesco branch in Wimbledon. Most imported meat products are named and labelled with the country of origin: German sausages, Spanish chorizo, Danish bacon etc. They are placed in boxes adorned with the national flags. Packets of Danish salami were placed in boxes with the German flag. I suppose, though, most people won’t care, unless Tesco knows something about a secret German invasion plan.