How I increased views on my Google+ profile by uploading images to local Google+ pages, why the number is meaningless or even harmful, and implications for business owners

In a previous article – or more accurately a rant – on this site (Views metric │ Thoughts on Google+ │ 4 April 2014), I had decried the meaninglessness of the views figure shown on Google+ profiles and pages, suggesting the number was open to spam, abuse, and manipulation. There are also many legitimate ways in which the view count increases mechanistically, so to prove a point, as well as out of curiosity, I decided to conduct an experiment to see if I can increase the number of views disproportionately on my Google+ profile. I still remain convinced that the figure is meaningless, and I will suggest that it might even be harmful, unless and until there are more qualitative measurements, and this figure is best avoided in assessing the quality or influence or value of a Google+ profile or page in any way, as I hope to demonstrate.

How I increased the number of views disproportionately: uploading images to local Google+ pages 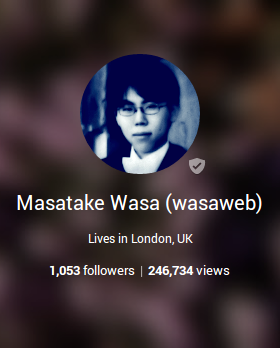 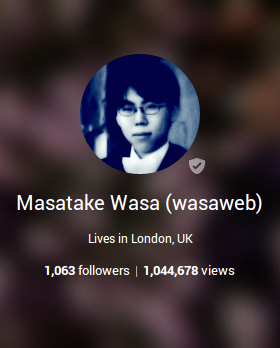 As the two screenshots demonstrate, the number of Google+ profiles and pages that follow me has not increased that much over the period, just by ten, and there were no posts that have been widely shared or otherwise could explain the rapid increase, yet the total number of views on my profile has increased from 246,734 on the first day the figure was released at the beginning of April to 1,044,678 on 26 April 2014. A million may not be a particularly big figure, given there are many profiles and pages with millions of views, some even with billion of views, but I think this rate of increase is noteworthy.

There are many Google+ profiles and pages with very large numbers of views with very few followers and very little interaction. This is mainly due to the fact that views on photographs stored at Google+ Photos or Picasa Web Albums (PWAs) count towards the global views number. As such, many photographers whose works are uploaded to Google+ Photos or PWAs and shared widely on Google+ in their own streams and in various photography communities as well as other platforms have amassed very great numbers. Similarly, those who provide templates on Blogger blogs but supplying images from Google+ Photos / PWAs are accumulating large views figures. Unfortunately I am not a great photographer, and I do not have a popular blog, however, I have found another group of Google+ users who have accumulated disproportionately large numbers of views: those who have uploaded images to local Google+ pages. This, I thought, I could do, and proceeded to take photographs of businesses in London and upload them to their local Google+ pages. In many instances, the local Google+ pages were not verified, and there were no photographs associated with the listings, thus ensuring that the photographs I uploaded became the default or the profile images for these pages.

You can see the images that I have so far uploaded to local Google+ pages at plus.google.com/photos/+MasatakeWasa/albums/posts. If you were to look at the numbers, some images have hundreds of views, while others count in the thousands, and a few range in the tens of thousands or even more. The vast majority of the 780,000 views that my profile accrued during this period can be accounted by the views on these images on local Google+ pages.

At this point, I have to confess that I am not exactly certain when a view is counted as such, since there are many situations in which images associated with local Google+ pages are displayed to the visitor. For instance, images that are used as the profile or avatar pictures of local Google+ pages appear in the knowledge graph in search, and on Maps as thumbnails in the list view and as well as on the pin or balloon: I am reasonably confident that visitors do not need to go to the local Google+ page and see the photos specifically for views to be counted, but I am not certain which ones count towards the views figure in search or Google Maps interface.

This method of increasing views by uploading images to local Google+ pages is effective, mainly because there is less competition, and the views are not one-off events but quite consistent over a long period of time.

Another reason why uploading images to local Google+ pages is a good method for increasing views is consistency and recurrence. Unlike popular posts or photographs that may accrue a lot of views in a short period of time but then peter out, so long as people continue to look up the businesses on the internet, and no one else uploads images to the same local Google+ pages, or Google changes how the views are counted, the uploaded photographs can be relied upon to accrue views constantly. As indicated earlier, some images have been generating thousands of views every day since I uploaded them.

While labour-intensive initially, as I needed to walk up and down the streets, taking photographs of shops and businesses – and at times people must have thought I was pretty odd in taking photographs of such – and then crop / edit them, once uploaded, I had nothing to do, but sit back and let the images accrue views. Unless I had a blog with a very large following, for example, I think I would have expended far more time and energy in attempting to promote my images on blogs or on my Google+ streams (such as spamming communities).

Meaninglessness of the views figure

The images I uploaded to local Google+ pages have been viewed hundreds of thousands of times, but what does that mean for my Google+ profile? I would say nothing, except that the image files on Google+ Photos were indeed viewed mechanistically. In the vast majority of cases, the images were totally incidental to what people were looking for: people who viewed the images were not appreciating the images as photographs, but rather they saw the pictures as accompaniment to other pieces of information which they were actually seeking. They were not engaging with the photographs or the photographer, i.e. my Google+ profile. As such, dividing the number of views by the number of followers – which has been mentioned in some quarters as a rough measure to gauge engagement – will produce a relative large number in my case, but that gives an extremely skewed impression of my Google+ profile.

The most startling discovery for me during this experiment was that so many businesses have not verified their listings, as such they have not been exercising any real control over how their businesses are represented visually in Google search and on Google Maps. My pictures have been associated with businesses hundreds of thousands of times in less than a month. Even though images and views thus generated were incidental as far as engagement with my Google+ profile is considered, they could still influence consumer behaviour and sentiment towards the businesses. I took care not to portray the businesses negatively and I only photographed the exterior, but just imagine the possible negative impressions that for example a blurry photograph of a half-eaten dish would make on potential diners searching for restaurants, or a messy display of goods in a shop on would-be customers. For this reason, I believe it is extremely important that businesses and other entities that have listings on Google Maps verify their local Google+ pages. It is not necessary to use the local Google+ pages socially by posting on the stream, but if I were a business owner, I would ensure that the listing is verified, and crucially, add some high-quality pictures, as well as provide the basic information such as opening hours, if they are not properly marked up on the websites using schema.org, thereby exercising some control in how the business is portrayed in search and on Google Maps.

Numbers exude a sense of exactitude, and as such people like to glean meanings from them, but I hope I have demonstrated that these numbers are misleading to say the least. Given that people will attempt to divine significance from these numbers, and may even be tempted to make decisions or strategize based on such attempts, perhaps the question ought to be posited in terms of the views figures’ harmfulness, not meaninglessness. In other words, people might spend time, money, and energy on unnecessary things to increase views, or businesses might ignore Google+ for lack of views, leading to inflation of unwanted posts as people chase views, or to outdated or inaccurate information for users because businesses do not realize local Google+ pages’ importance. Numbers need to be contextualized, because not all views are equal, as some views are reflection of engagement, while others are not. I hope there will be such differentiation soon, otherwise Google+ users may be trapped in a world of views hyper-inflation and outdated information.