The Royal Wedding takes place tomorrow. Is Britain gripped by unbridled enthusiasm and excitement? No. There will be cheering crowds along the procession route, some street parties, and millions of Britons will be watching the whole thing on the television, but the occasion has not elicited a huge emotional response that some may have expected. American broadcasters seem much more enthusiastic about the occasion than the somewhat phlegmatic Britons. It’s not indifference exactly, as many people wish the couple well, but that the British monarchy has yet to find its place in and be comfortable with the changing British society. Prince William is probably one of the most popular figures in the royal household as he has assumed his role extremely well, but the institution has attracted a lot of criticism and cynicism over the recent years. Most Britons I know are lukewarm monarchists: they like and dislike individual members of the royal household and have reservations about monarchy as an institution, but they can’t trust themselves to become a republic and elect a suitable head of state. It works well enough: if it ain’t broke, don’t fix it.

Tomorrow, every movement of Prince William, Ms Middleton, and others, will be tracked by a multitude of cameras on the ground, and from the air. There will be incessant reporting of people leaving their lodgings, and arriving at Westminster Abbey. The focal point, most probably will be the actual ceremony in Westminster Abbey. And that means, it will be mostly a media occasion, as people will watch it on their television sets, or on YouTube. After the ceremony, there will be a procession. Anyone reasonably familiar with London would appreciate, the carriage procession of the bride and bridegroom from Westminster Abbey to Buckingham Palace will not take long. According to the plans that are specific to the minute, it will only last 15 minutes. Then the couple, together with other members of the royal household, will appear on the balcony of Buckingham Palace.

On Easter Monday, I walked around central London to see if there was anything going on. There was a lot of preparation, on the part of the media, and hopefully the following images will show the side of the wedding that may not be broadcast.

This is opposite Westminster Abbey, where a temporary platform has been erected. Various crews seemed to be scouting for the best spots. 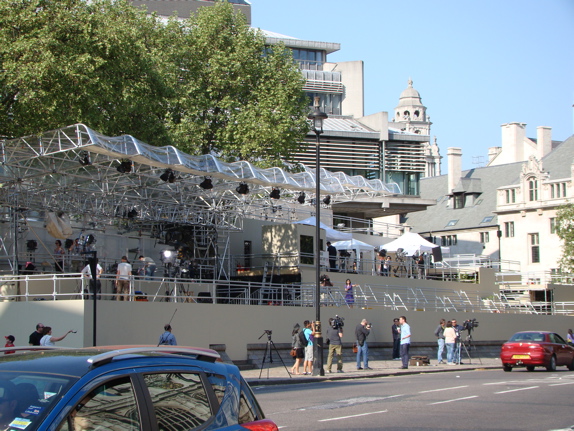 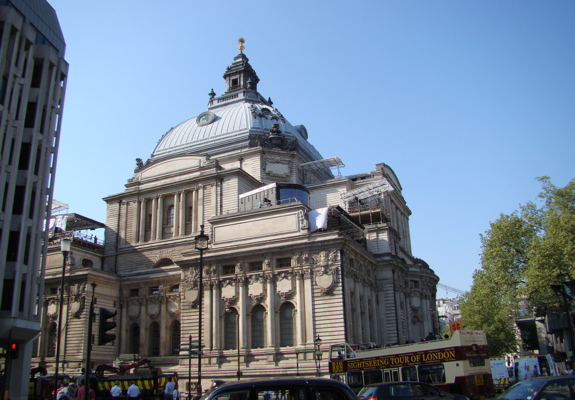 While I was on Whitehall, a German broadcaster’s lorry went past. 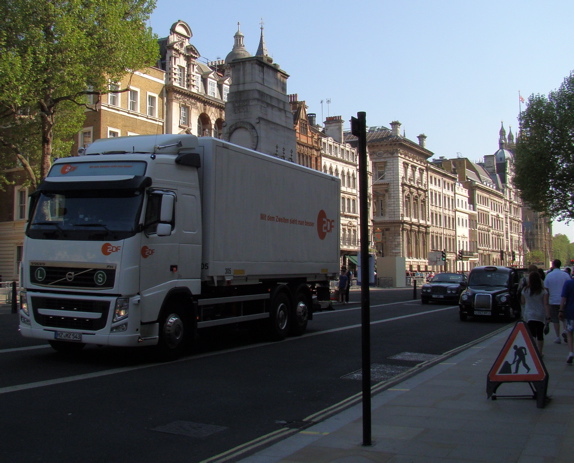 The procession should pass through Horse Guards Parade on its way from Westminster Abbey to Buckingham Palace. 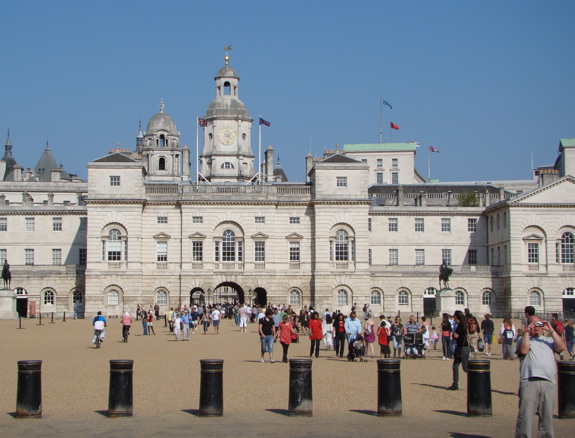 A lot of people will line up along The Mall, as the procession heads towards Buckingham Palace. Admiralty Arch is at the opposite end. 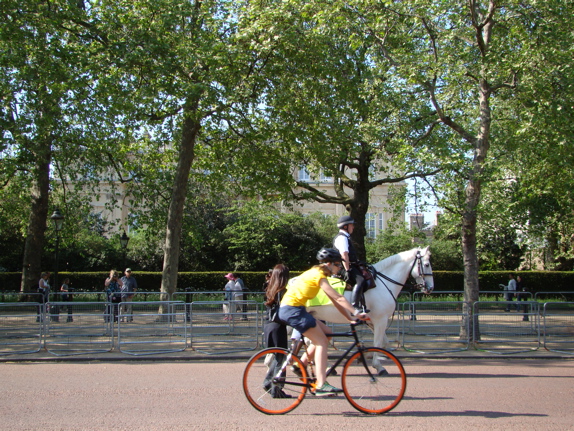 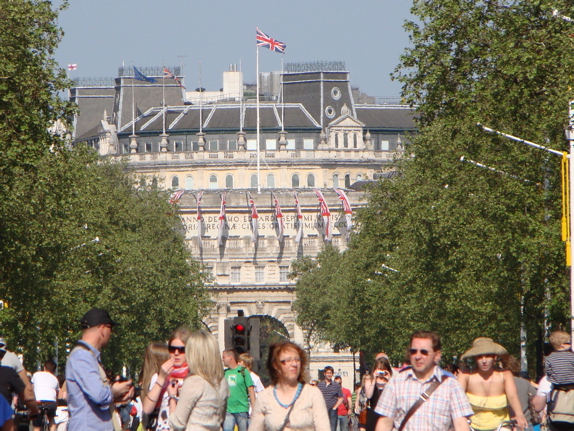 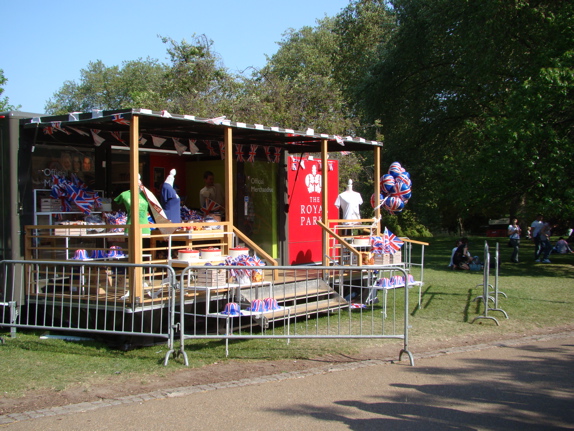 The procession will end here at Buckingham Palace, and many people will be here to see the couple to appear on the balcony. 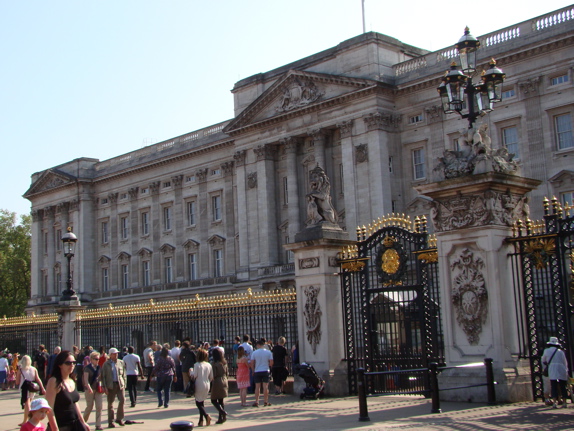 It looks like they have transported this from a sports venue. I assume these are booths for television crews, giving them a great view of the Palace. 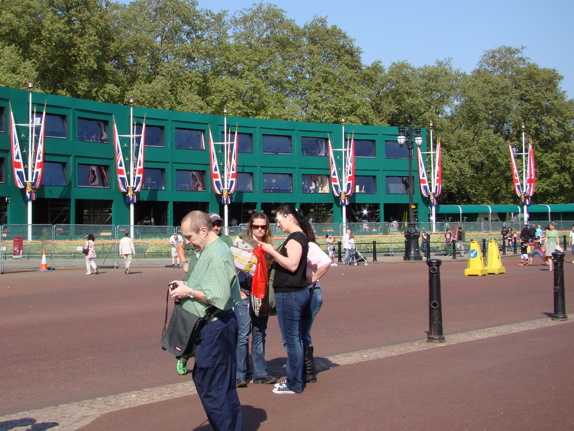 Green Park was turned into a trailer park for television crews. This is yet another German broadcaster. A not-so-monarchist friend may say: if Germans like the British monarchy so much, why can’t we send the royal family back there. 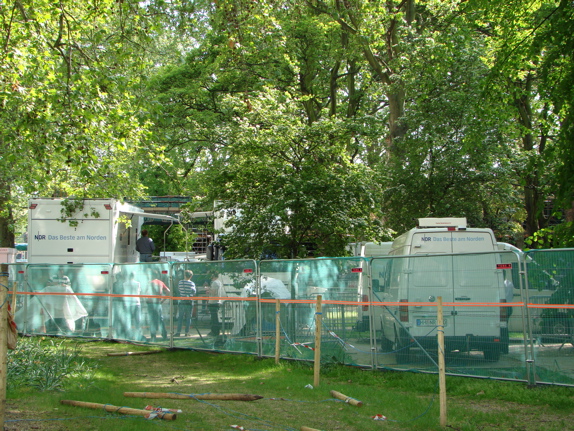 A big contingent from Fox News. The not-so-monarchist friend may say: if Americans like the British monarchy so much, why can’t we sell the royal family to them. 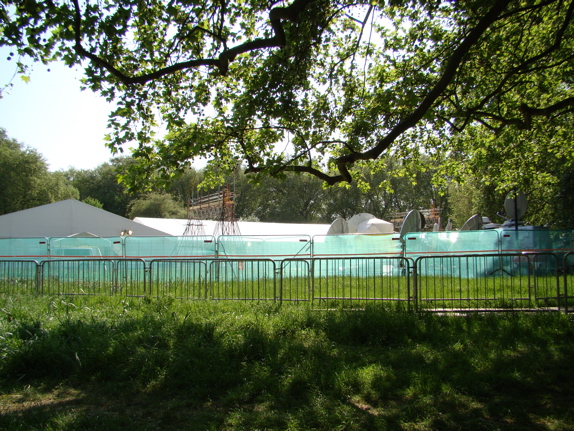 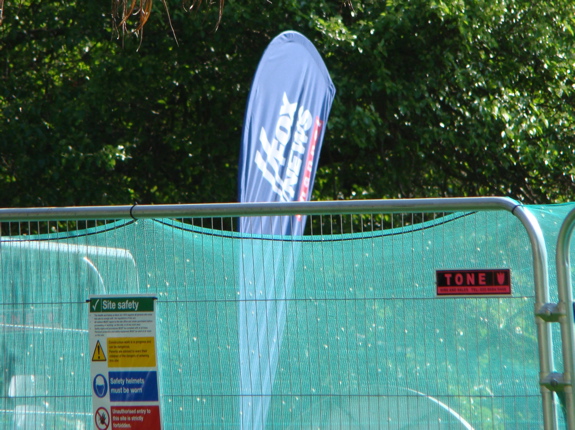 Like many others around the world, I’ll be watching the thing on the television, and wishing them well.