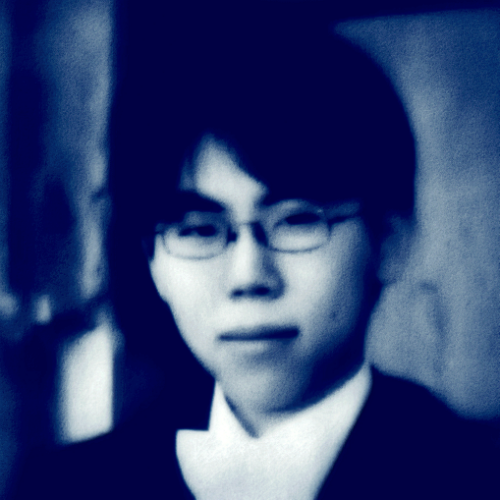 I feel a little queasy writing this page, a little embarrassing, but having created a number of profiles across different social media platforms, forums, and boards, I thought it makes sense to compose something on this site: after all, this is my site, and it should be at the centre of my online output. Having always disliked the idea of writing about myself, as it is a tad self-indulgent, I am rather uncomfortable about putting pieces of information in public, and also quite prosaically I do not think I am an interesting person to others. Incidentally, I cannot bring myself to write about me in the third person singular — that is just weird to me — so I will stick with the first person singular.

I was born in 1979: by birth, ethnicity, and citizenship, I am Japanese, but I have lived in the United Kingdom for most part of my adult life, and I have lived in south-west London since 1998, near the tennis courts in Wimbledon. That probably means that I am doubly insular in personality and outlook. I am a jack of a few trades, and certainly master of none, as the following paragraphs will demonstrate. Put it this way: I am a fox, not a hedgehog, though I am not sure if I am just a completely useless fox, or a fox with a suppressed inner hedgehog.

For a number of years, I was a student, specializing in early modern German history, during which I collected a number of degrees: a BA in History at School of Slavonic and East European Studies (SSEES) / University College London (UCL), an MA in Early Modern History at King’s College London, and an M.Phil., in Modern History at Brasenose College, Oxford. I had embarked on a D.Phil. (that is what Oxford calls a PhD) but I did not complete: I was not cut out for academe. However, I retain a keen interest in early modern history, and I hope one day I will have a lot more time to devote to it, for intellectual curiosity and satisfaction. The best times were the hours that I spent in the archives, reading documents that no one had read in centuries, though the pink mould on some of the documents did look rather nasty. While many documents and materials are available online now, nothing beats the tactile sensation of holding documents in hand and the smell of old paper.

The ability to read and transcribe handwritten early modern documents (roughly C16 to C18) in German and English may not be a particularly useful life skill, but history prepares for making sense of things from scraps of information. The ability to research and read different and at times disparate sources to extract the important elements and present the conclusions in a (reasonably) clear manner is said to be the transferable skill that studying history fosters: whether I have attained such good skill is open to debate.

My native tongue is Japanese, however English is the language that I most frequently use. English is not my native tongue, but it is the language on which I learnt other languages with varying degrees of success. At school I learnt French and German: I continued to learn German, and spent some time in Marburg, Berlin, and Greifswald while I was a student. At university, I variously tried to learn Russian, Latin, and Polish, with little success: grammatical principle have stuck in my head, though not the formation, and not the vocabulary. As mentioned earlier, I learnt all these languages from English, so I could still explain in grammatical terms the Russian short-form perfective passive, or with some luck the gerundive in Latin, but I am unable to explain those in Japanese. This might be somewhat of an anomalous case, since it is usually the case that foreign languages are leant from the mother tongue. The result is that sometimes I will have to do a relay translation: for example, German-to-Japanese translation may actually be German-to-Japanese-via-English translation in my head. The language combinations that I work in are: English to Japanese, Japanese to English, German to Japanese, and German to English.

At the most basic, translation is about rendering a text in one language into another, so that the content remains the same, but expressed in a different language. Yet, translation is more than that. The content has to sound right not just in the meaning but also in expression. Quite often translation can read a little off, and that is something I attempt to avoid. The small things, the details, can derail translation. The text must make sense to the audience, which may be subsumed under the umbrella of localization. In recent times, localization has been a buzz word of sorts: it can be slightly amorphous. There are some simple examples of linguistic localization, such as making sure that the orthographical convensions of the target locale is respected, for instance colour and color or centre and center. As a side note, while I follow conventions in British English for the most part, I use -ize / -ization instead of -ise / -isation, which is in a distinct minority in terms of usage in the UK: this is explicable by reference to the OUP style which dictates the use of z and not s in these instances. I digressed. Localization can mean more than merely adhering to the correct linguistic variant for the particular location. Rather, it is a process to ensure that the translated text reads naturally, expressed in a way appropriate to the culture and society of the target audience. Just because a particular style works in one culture does not mean it will work in another: joviality in one place may be juvenility in another. It is incredibly hard to describe with accuracy, but a translator needs to have a good idea what makes people tick.

How is it that it is so easy to spot others’ mistakes, but not my own? Hopefully it is not just me who seems to develop a form of blindness with regard to my own text. Proofreading can be a challenge at times, especially when the translator botched the job, but also it is where I learn a lot from other practitioners. As unscientific and unsystematic as it may sound, the best way to improve translation skills is to translate, and always be sensitive to the use of language surrounding us, written and spoken. Reading how other practitioners tackle tricky passages is one of the best ways for me to learn the art of translation. The intimacy with languages makes it possible to distinguish not only the wrong possibilities for translation, but also detect and weed out the not-quite-right expressions.

Copywriting is at the other end of continuum, opposite literal translation, and there is a blurry border between localization and copywriting. I would not call myself a copywriter — the stodgy and wooden prose I write is proof enough that I am not — yet occasionally and with some reluctance, I stray from translation and create copies. No, puns and word plays do not translate well, but quite often people are keen, especially in headlines, slogans, and advertisement copies to resort to imagination or playfulness with the language.

I have maintained a website or a blog in one form or another since 1998, and I have been interested in how the internet has become so fundamental in many people’s lives, not least mine. My interests are rather theoretical and sociological, even historical, and I have started to be interested in areas such as search engines, AdSense, social media platforms, and generally things related to Google. In other words, I am very much a dilettante, not a professional. However, I spend a lot of time in the official Google peer-to-peer forum for AdSense, so much so that I have been a Top Contributor for some time now. I was for a few years also a Top Contributor in the official Google+ help community on Google+. Additionally, I also regularly participate in conversations on search engine optimization and social media.

Once upon a time, I was of the opinion that photographs should only be taken occasionally, since I should rely on my own eyes to see and my memory to remember. However, I have changed my mind. Partly because I realized how forgetful I am, but also I came to realize that memory is malleable, and reivisting old images can be weaved into the constantly evolving narrative that I make of my life. Or simply put, I take many photographs, perhaps too many, and spend an inordinate amount of time editing images. One reason for this site’s existence is as a public album. I am starting to learn a bit more about photography and image processing, and there is so much to learn.