This is a photograph of telephone boxes near Trafalgar Square in central London taken on Sony DSC-H50. The original (1) was a pretty bad picture, so I decided to see if anything could be made from it. The first step was to use colour splash, leaving only red (2), for which I used Pixlr Express on Android. 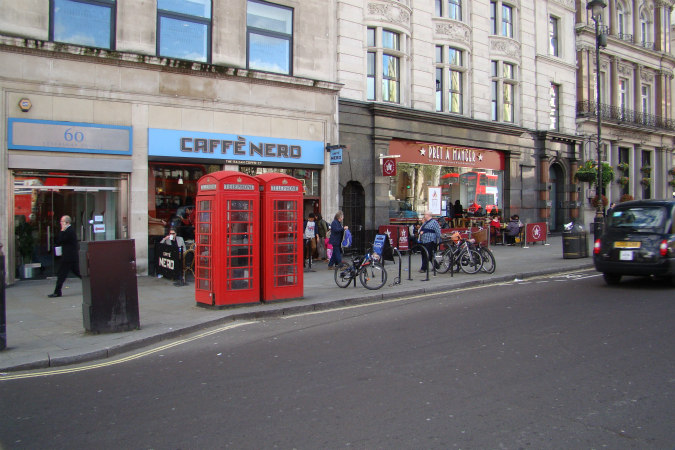 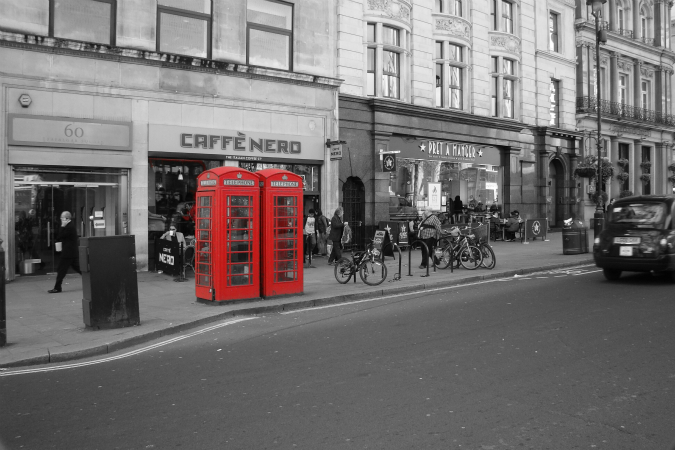 I used Photo Editor (dev.macgyver) mirror effects to create the following two images (3) and (4), based on image (2). 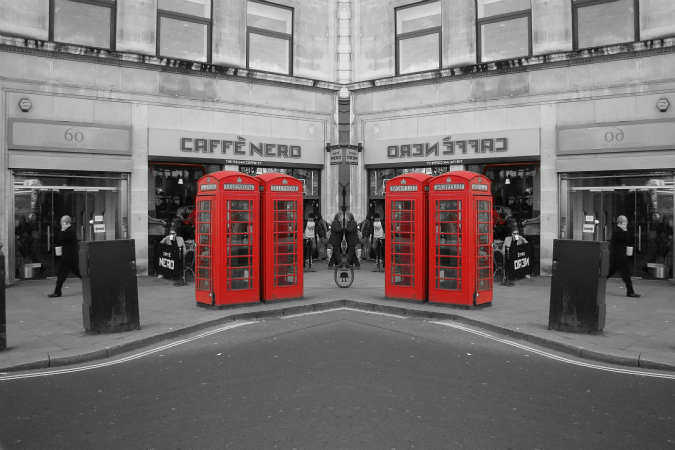 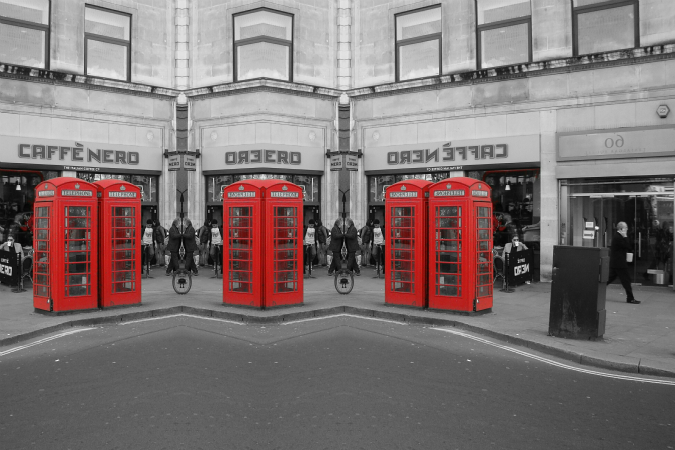 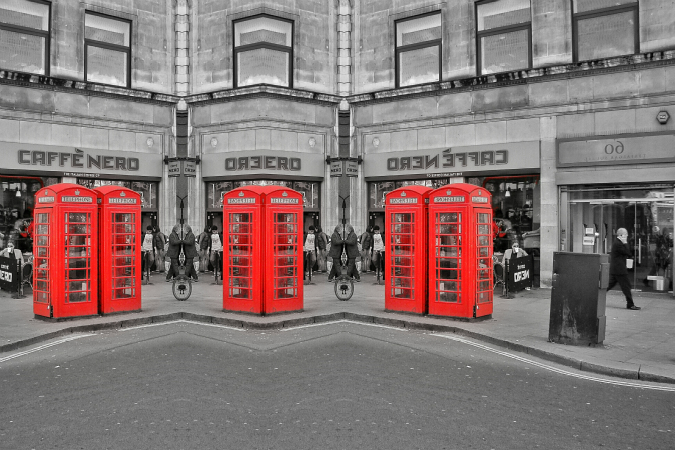 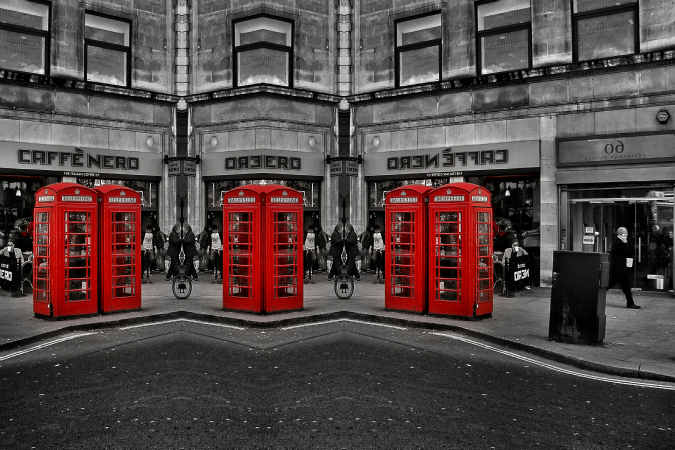 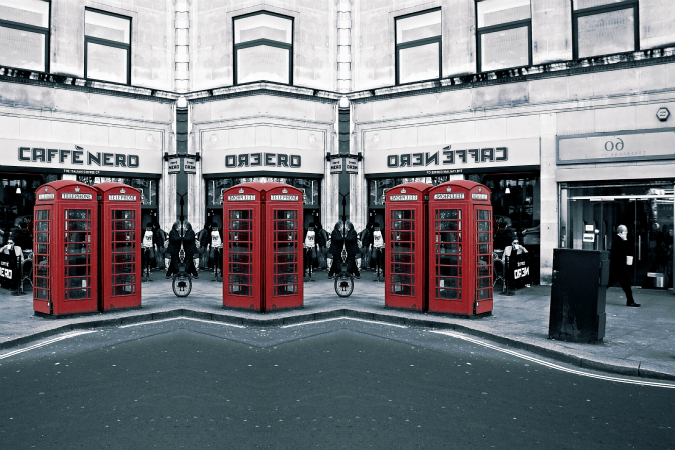