Please click on the thumbnail to see a larger image. 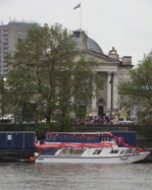 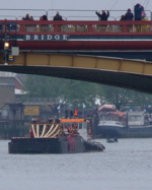 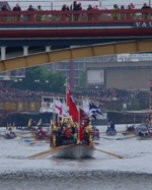 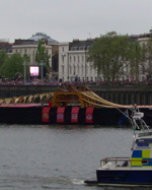 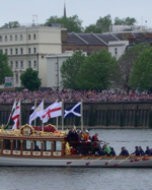 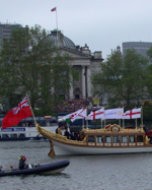 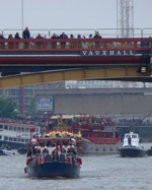 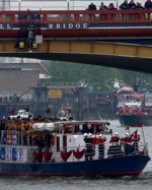 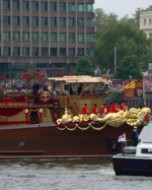 There were many events planned over the extended weekend between 2 and 6 June 2012, celebrating the 60th year of the reign of Queen Elizabeth II, of which the Thames Diamond Jubilee Pageant was a prominent example. More than 1,000 boats took part in this pageant, and more than a million people assembled near the river: it was a spectacle.

I took a packed train to Vauxhall, and decided to watch the pageant at Albert Embankment, opposite Tate Britain. I would have preferred to be slightly more downstream, however, there were already many people along the Thames, about 2 to 3 deep, and that was well before noon. By 2 PM, the police had to cordon off the area to latecomers, and the place was packed. The weather was not great, and indeed there was a sustained and strong downpour later in the afternoon, the rain stayed away until after the Royal squadron passed before those of us between Vauxhall and Lambeth Bridges. Here are some photographs from that day.