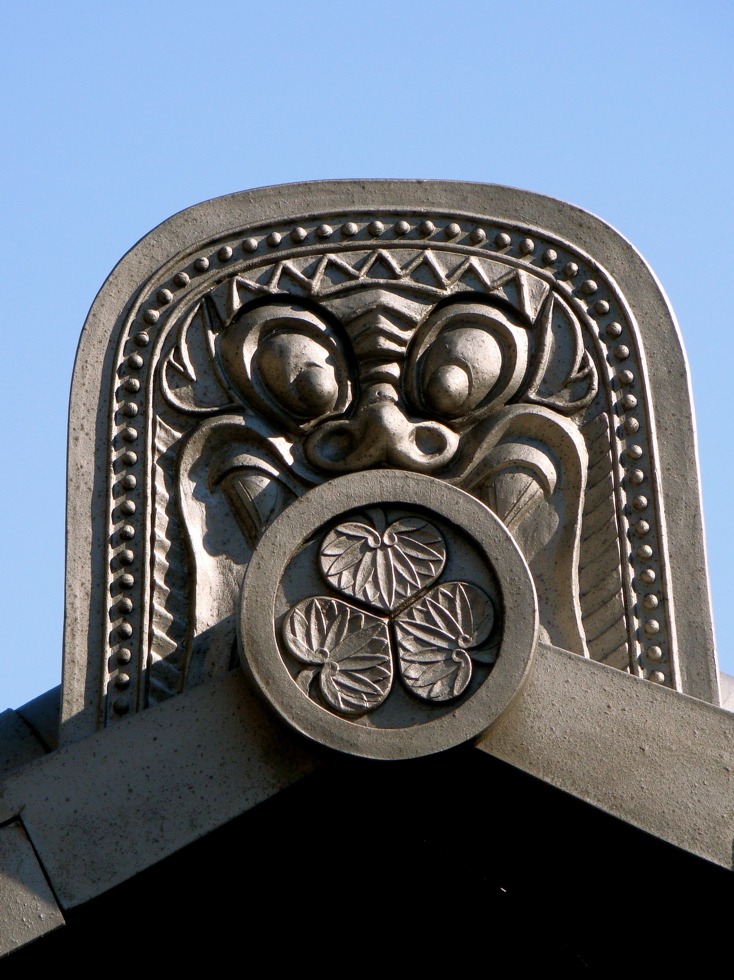 This is an example of onigawara roof tiles placed at the end of roofs. Oni is a mythical being in Japan, which corresponds quite neatly to ogre. Old buildings, especially temples and shrines, often have elaborate onigawara. It is said that onigawara is a Hellenistic influence that came to Japan in the eighth century via the Silk Road and China. They are ornamental, but also like grotesques in churches, they serve to keep the evil spirits out.

There is a heraldic symbol, three aoi leaves in a circle, which was the official seal of the Shōgun, i.e. the Tokugawa clan, demonstrating the support the temple enjoyed from the most powerful family of the period.