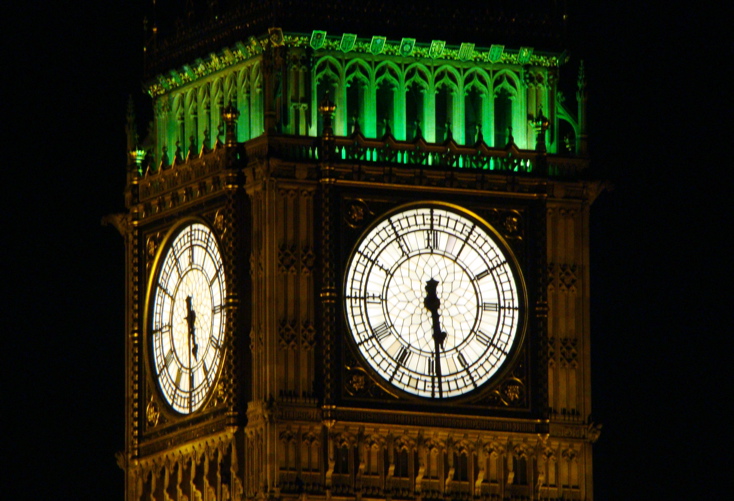 The time is now 17:29. Big Ben strictly refers to the Great Bell, but it is often used to describe the clock and the tower. I think the clock and the tower are the most widely recognized landmarks in London, and they are used as a visual cue in television programmes and films to designate that the action is taking in London (or more broadly Britain).