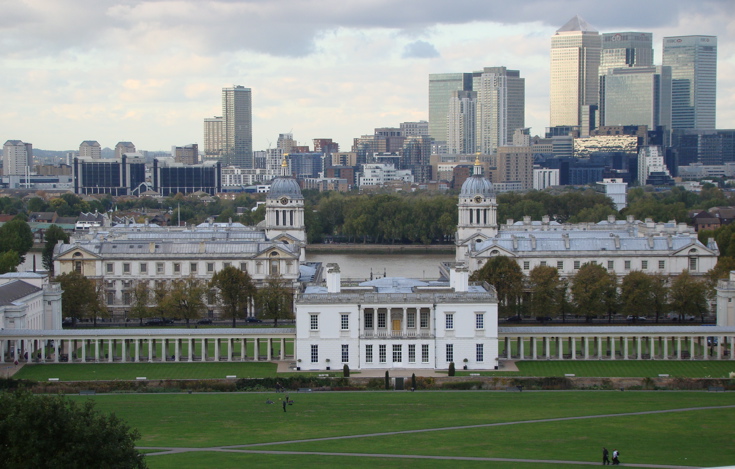 It may look like an incongruous mixture of the old, as represented by the Old Royal Naval College buildings in the foreground, and the new, as represented by Canary Wharf, but perhaps it is not: British prosperity in the past was dependent on its naval power, and British prosperity in the present (until very recently when everything crashed) has been based on the concentration of the financial institutions in the City.