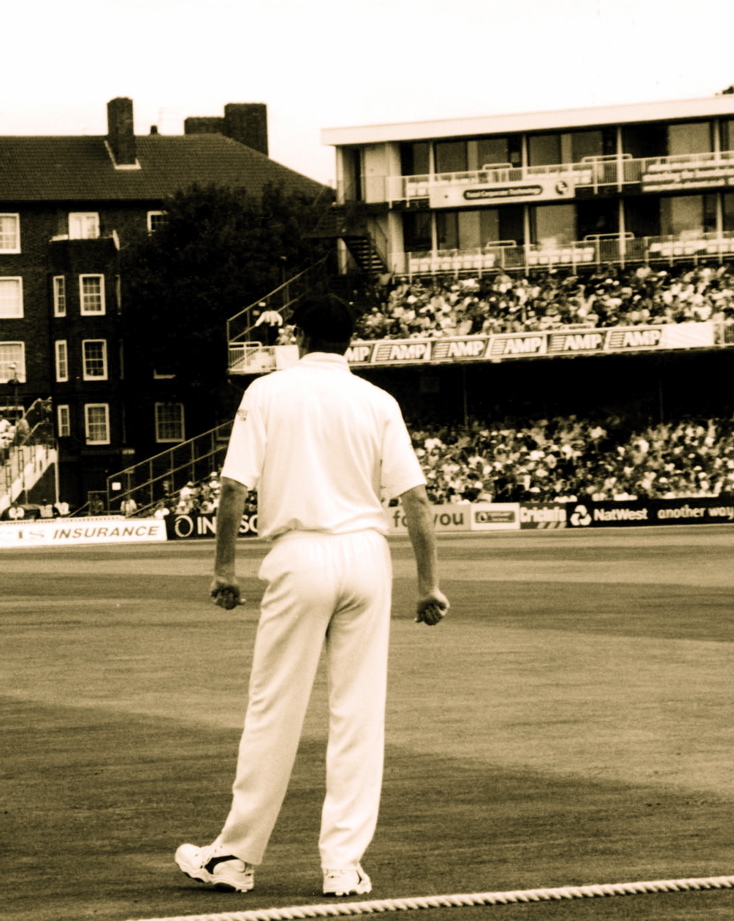 This is a photograph which I had taken on the fifth day of the Oval Test between England and Australia in the 2001 series, and I must have had a black-and-white film in the camera. By the time the match came to the Oval at the end of summer, it was then customary for England to have lost the series, induced by middle-order collapses, interspersed with determined but forlorn and ultimately futile individual efforts.