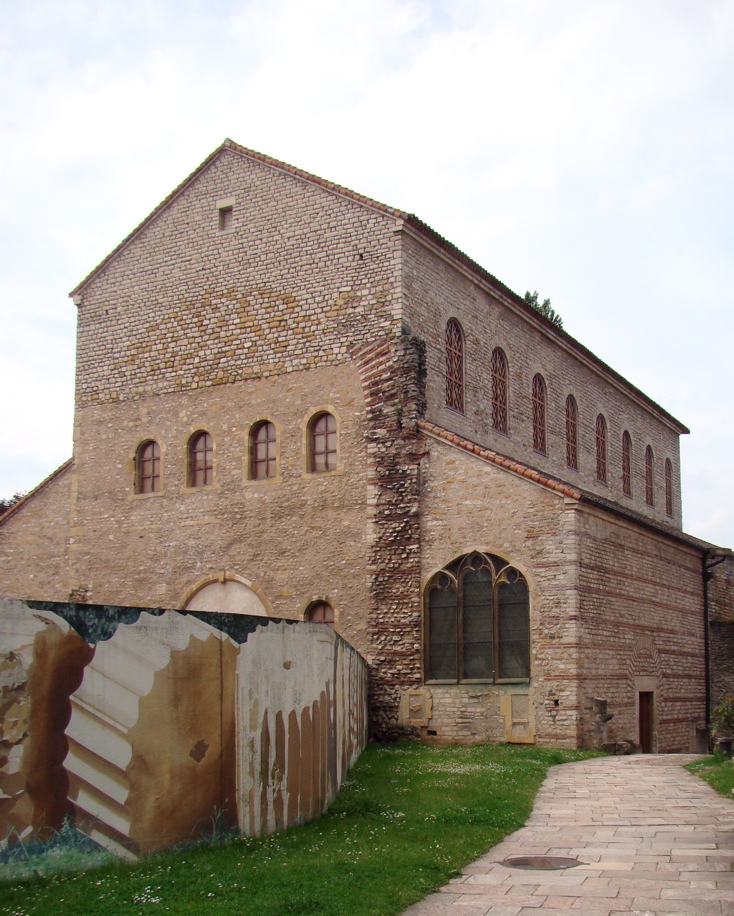 This basilica is the oldest building still standing in Metz. Built between 380 ~ 395 AD by the Gallo-Romans, the basilica later became a chapel of a Benedictine monastery. During the siege laid by the forces of the Holy Roman Emperor Charles V, the building sustained damage, and after France fortified the town, the building was used as a military storage site and so it remained until the beginning of the 20th century.