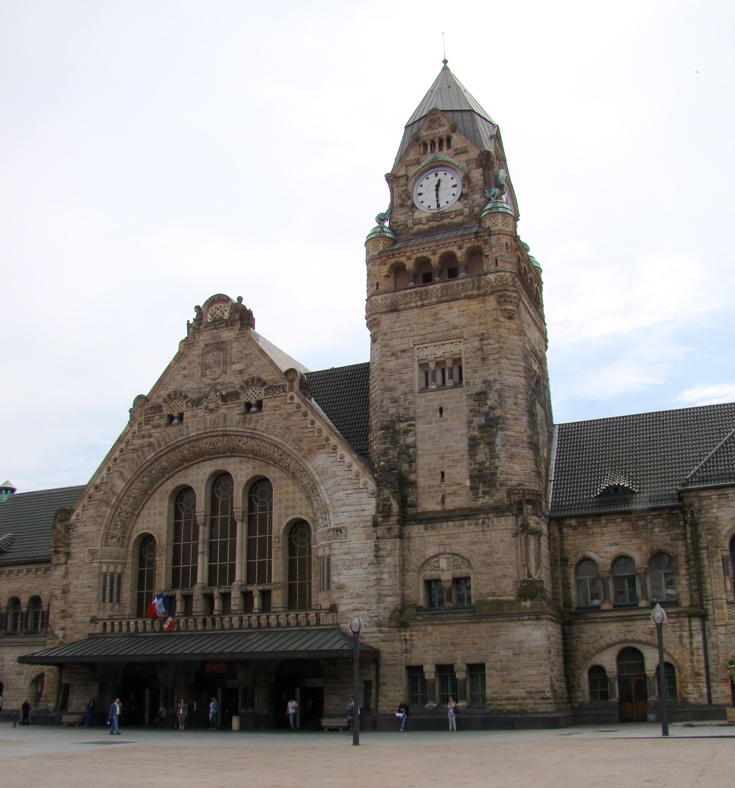 This very un-French and pretty Germanic building was constructed after Lorraine was ceded to the German Empire following the Franco-Prussian War. The area surrounding the station is full of buildings that look similar to the contemporary building in cities such as Hamburg or Berlin. Architecture was, and remains, a potent symbol of who is in charge, and especially for stations and railways that were economically and militarily very important. Apparently, this style of architecture is called Rhenish Neo-Romanesque.