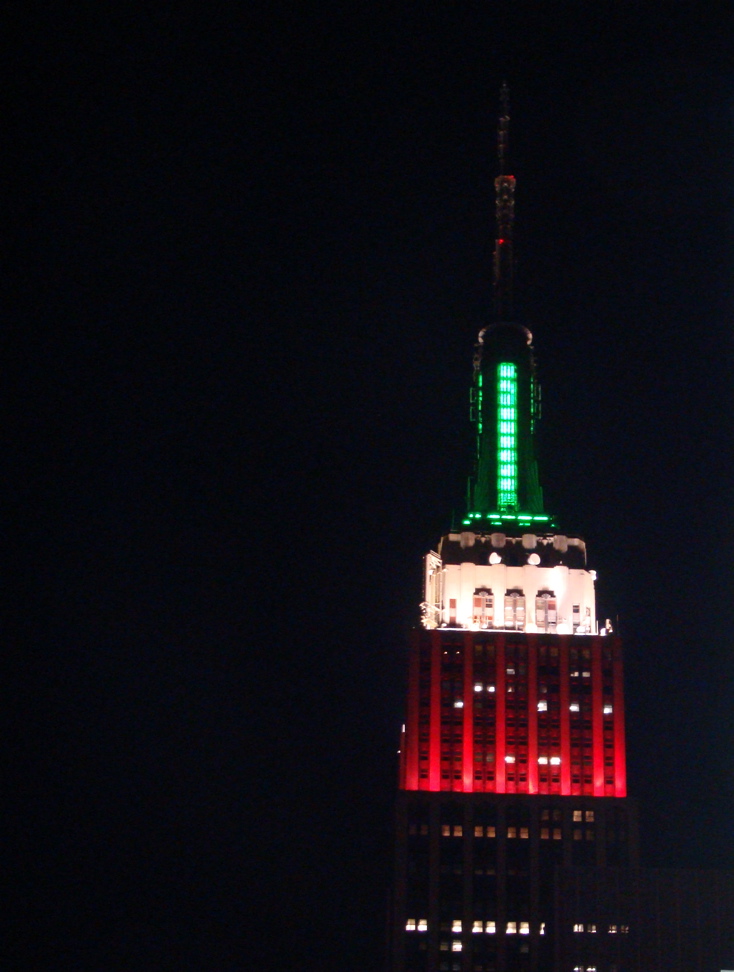 Unlike in the previous photograph, where the tower was lit in simple white, on 7 October 2011, the tower lights were in red / white / green. This was in honour of Columbus Day, which celebrates Christopher Columbus’s arrival in the Americas on 12 October 1492, but fixed as a holiday to the second Monday of October, coincidentally — or perhaps conveniently — the same day as the Canadian Thanksgiving.