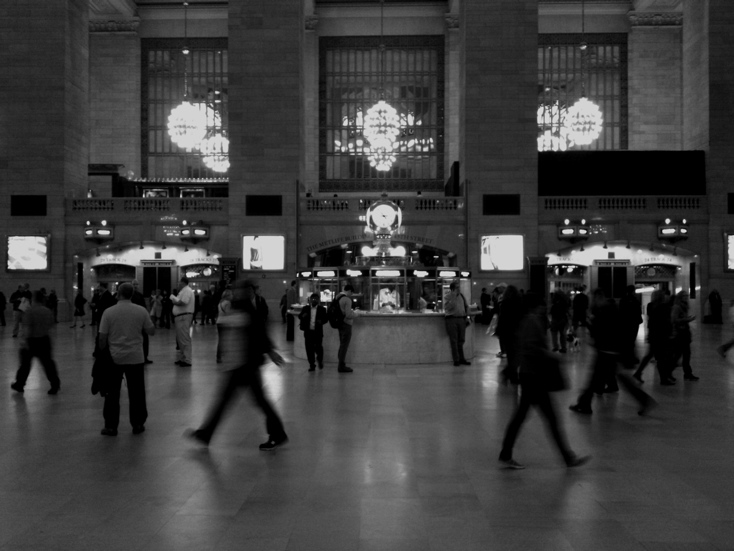 Among the eminently photographable places in New York City is Grand Central Terminal, which is certainly grand and central, and also very beautiful. There is a hushed, rushed atmosphere, a bit like a large library or a cathedral, where the noise becomes an indistinguishable murmur that is no longer bothersome despite a large number of people hurriedly making their way to their destinations.

For me at least, Grand Central is also a point of orientation: I tend to think in terms of north or south of Grand Central. This is probably because on my first visits to New York City, I arrived by taking the Metro North trains to Grand Central.