Pizza delivery shop tells me to get stuffed 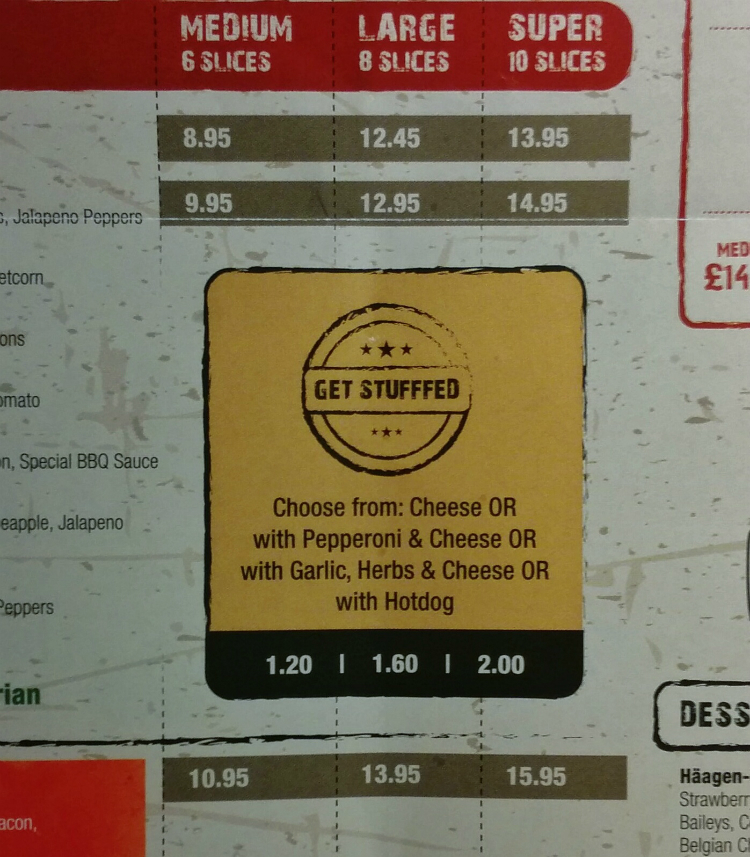 Of the many leaflets for takeaways and deliveries shoved through the letter box, those advertising pizza account for a substantial proportion. They can be effective on a weak-willed person like me, who might fancy a big round pizza every so often.

Anyway, I was a little taken aback by this flyer, which stated get stuffed. In this context, it either means that I should fill myself with large amounts of food (which appears as a definition for stuff at www.oxforddictionaries.com/definition/english/stuff#stuff__25), and / or that I should order pizzas with stuffed crust / edge which may be likelier in this context, and in any case add extra calories to my orders, but if someone tells me to get stuffed, then that is not really nice, at least in British English. A Google search returns many examples of the use of the phrase I got stuffed to mean I had filled myself with large amounts of food, though in my experience, people tend to speak colloquially of being stuffed than getting stuffed, in other words the state of having consumed too much food and completely satiated so as not a single more morsel can be ingested. If it is a declaration of intent, then it might expressed as I’m going to stuff myself with [food].

Perhaps there is a shift in the meaning at the moment.