I have been keeping an eye on something, and I have been fancying it quite a lot. Something that is surely delicious, and beautiful to behold. As previously mentioned at A whole leg of prosciutto crudo ham, Tesco has been selling – and it’s worth repeating – a whole leg of prosciutto crudo for £75, and I told others and myself that I would buy this splendid ham if the supermarket slashed the price after Christmas. To be honest, £75 is actually a good price for a whole leg of ham, as well as a wooden board stand, a carving knife, and an apron, but still felt a little too pricey. Buying this prosciutto at post-Christmas reduced price was more a hope rather than any concrete plan. Buy or not to buy became something of a running joke for a while.

After indulging in an excessive consumption of chocolates for the past few days, including an almost spontaneous disappearance of a 360-gramme box of Maltesers, I decided to go for a brisk walk to Wimbledon yesterday. A walk to Wimbledon from my flat involves going down a hill, up another hill, and then down again, thus representing a decent exercise for a sedentary slob like me. And there it was, in Wimbledon Tesco, opposite Marks and Spencer, in the Centre Court shopping centre, the whole leg of prosciutto crudo ham, reduced to half price at £37.50. There were three on 30 December 2013, but now there were two. Should I buy it? Should I? I hesitated a bit. £37.50 is not the kind of money that I’d part on a whim, being cheap and rather skint. Yet part of me was screaming. Buy it! Buy it! Buy it!

Decision was needed and this was time for very rough maths, doing divisions in my head as I walked up and down the yoghurt aisle. By buying a whole leg, I would get 6.5kg (minus the rind, fat, and bones) of good-quality meat for £37.50, which is a far better deal than buying sliced ham in packages: a pack of decent Parma ham costs around £30 per kilogramme. Prosciutto crudo is cured meat, so the leg should last for a good while, and I would not need to buy any other meat for a while. So, yes, I bought it, and this ham is a slightly surreal but utterly glorious presence in my small kitchen. I feel 2014 has started well for me.

It was pretty heavy and quite cumbersome to carry around. There is a lot of meat. I am not going to manage to eat the whole thing in 2 weeks, but this leg of ham should last for a couple of months at least.

The carving knife, the wooden board stand, and the apron that came with the ham. 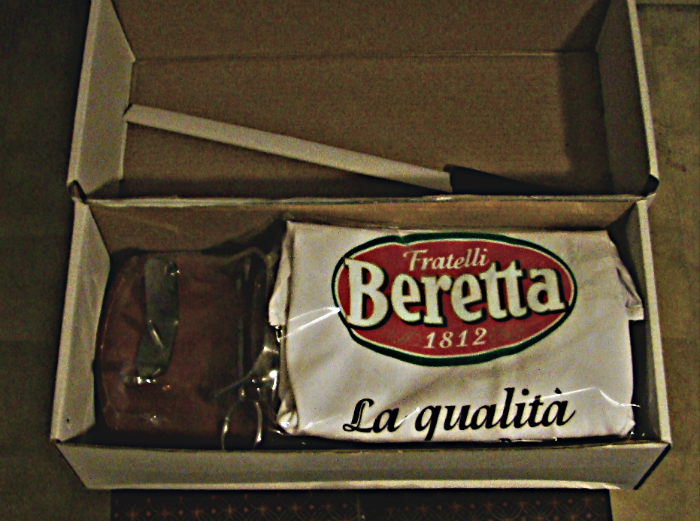 The wooden board stand looks rather good, I have to say! It is quite substantial and heavy, as it needs to be, to secure the leg while slicing off pieces. 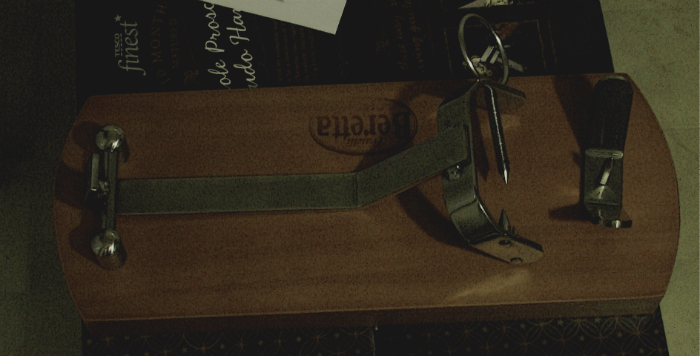 The whole leg of ham under wraps. 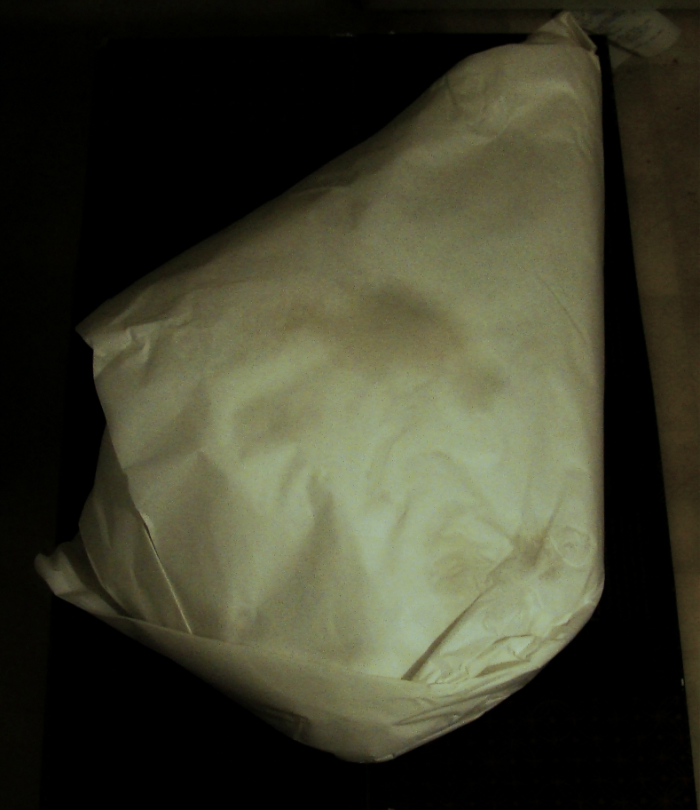 Removing the wrapping and a marvellous leg of ham appears. 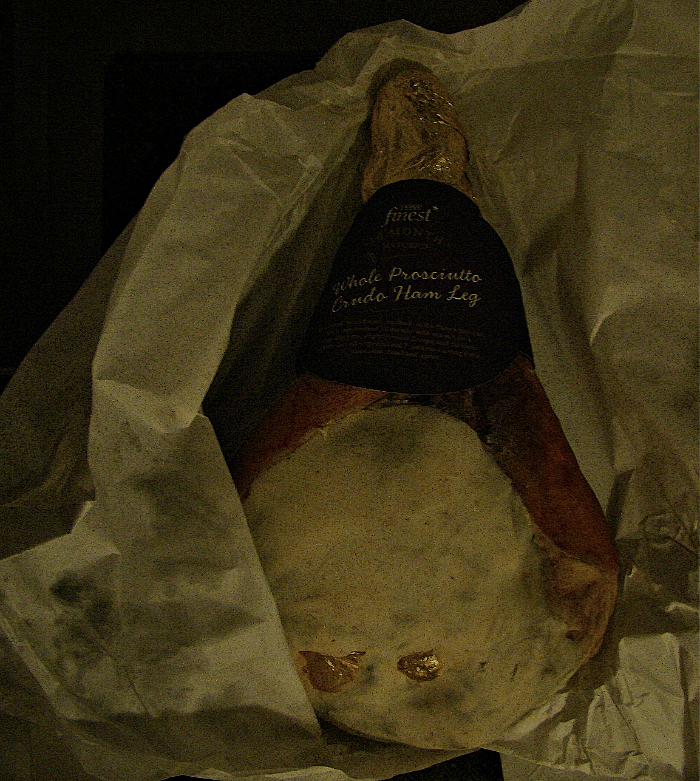 This is a wonderful sight to behold, but completely out of place in my rather tiny kitchen. The ham isn’t set properly, but this way I can put it in the fridge. 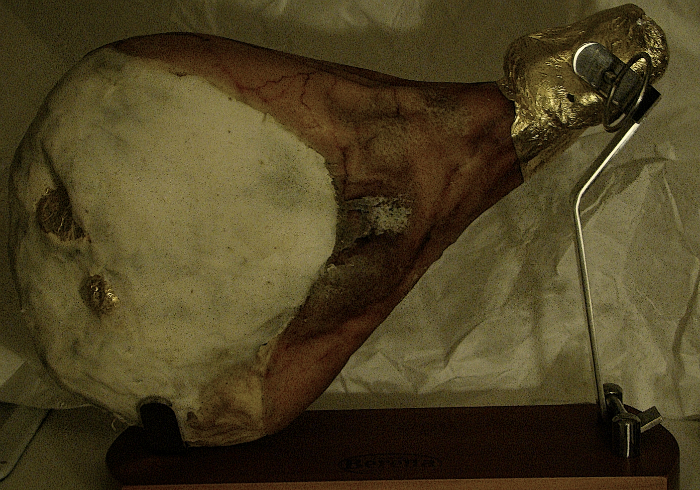