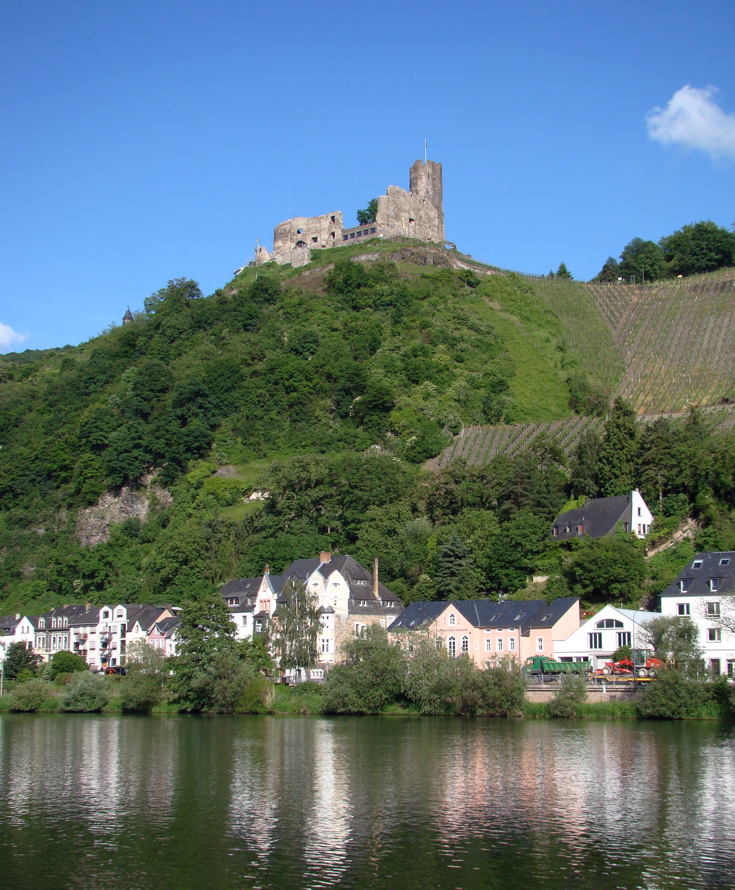 A castle, called Burg Landshut, on a hilltop near the town of Bernkastel. The place was mentioned in a document dating from the 7th century, and the castle dates from the thirteenth century. In the fourteenth and fifteenth centuries, the successive Archbishops of Trier used to come to this castle quite often to make important decisions. Unfortunately a fire broke out on 8 January 1692, gutting the castle, and since then it has been a ruin, but currently there is a restaurant on the premises. It promises a great view of the town, the surrounding vineyards and the river (Mosel / Moselle).