A Journal of the Plague Year ｜ 2

The People shew’d a great Concern at this, and began to be allarm’d all over the Town, and the more, because in the last Week in December 1664, another Man died in the same [3] House, and of the same Distemper: And then we were easy again for about six Weeks, when none having died with any Marks of Infection, it was said, the Distemper was gone; but after that, I think it was about the 12th of February, another died in another House, but in the same Parish, and in the same manner.

This turn’d the Peoples Eyes pretty much towards that End of the Town; and the weekly Bills shewing an Encrease of Burials in St. Giles’s Parish more than usual, it began to be suspected, that the Plague was among the People at that End of the Town; and that many had died of it, tho’ they had taken Care to keep it as much from the Knowledge of the Publick, as possible: This possess’d the Heads of the People very much, and few car’d to go thro’ Drury Lane, or the other Streets suspected, unless they had extraordinary Business, that obliged them to it.

This Encrease of the Bills stood thus; the usual Number of Burials in a Week, in the Parishes of St. Gile’s in the Fields, and St. Andrew’s Holborn were from 12 to 17 or 19 each few more or less; but from the Time that the Plague first began in St. Gile’s Parish, it was observ’d, that the ordinary Burials encreased in Number considerably. For Example,

whereof one of the Plague. 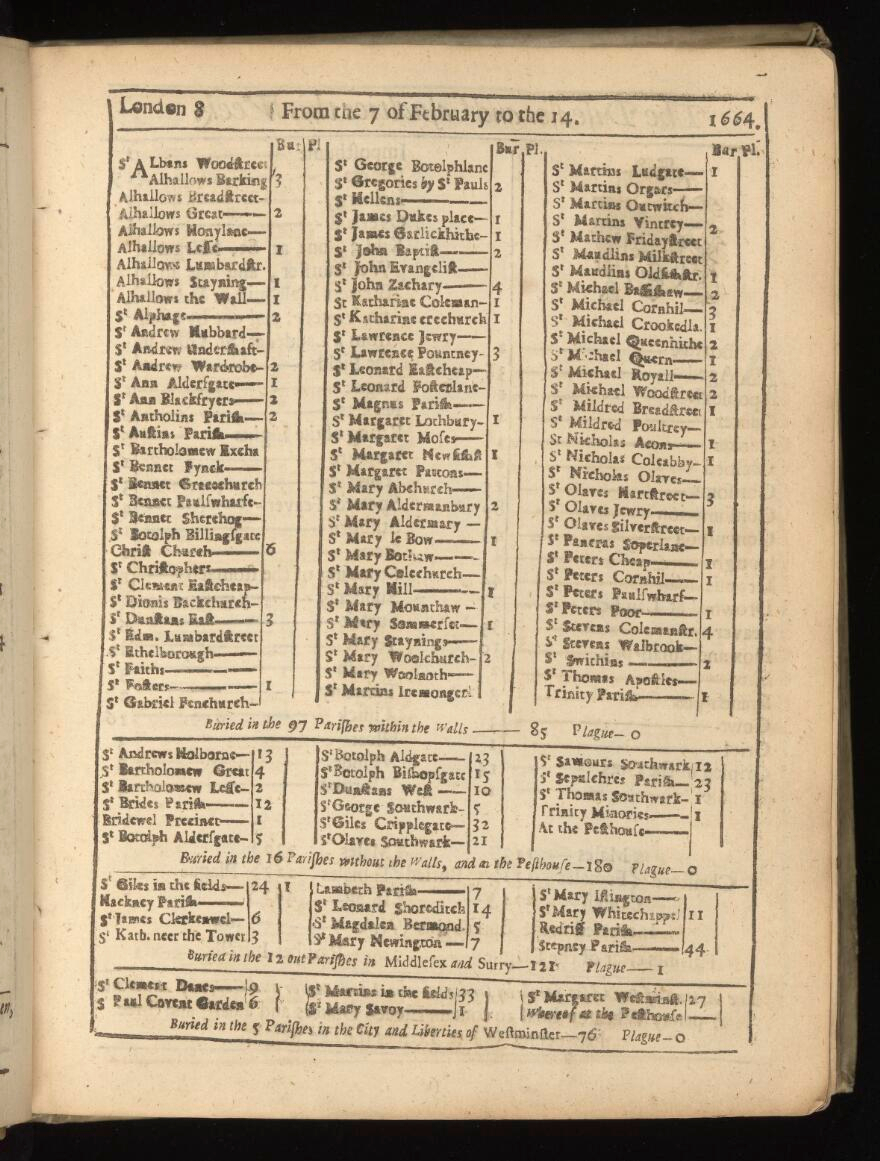 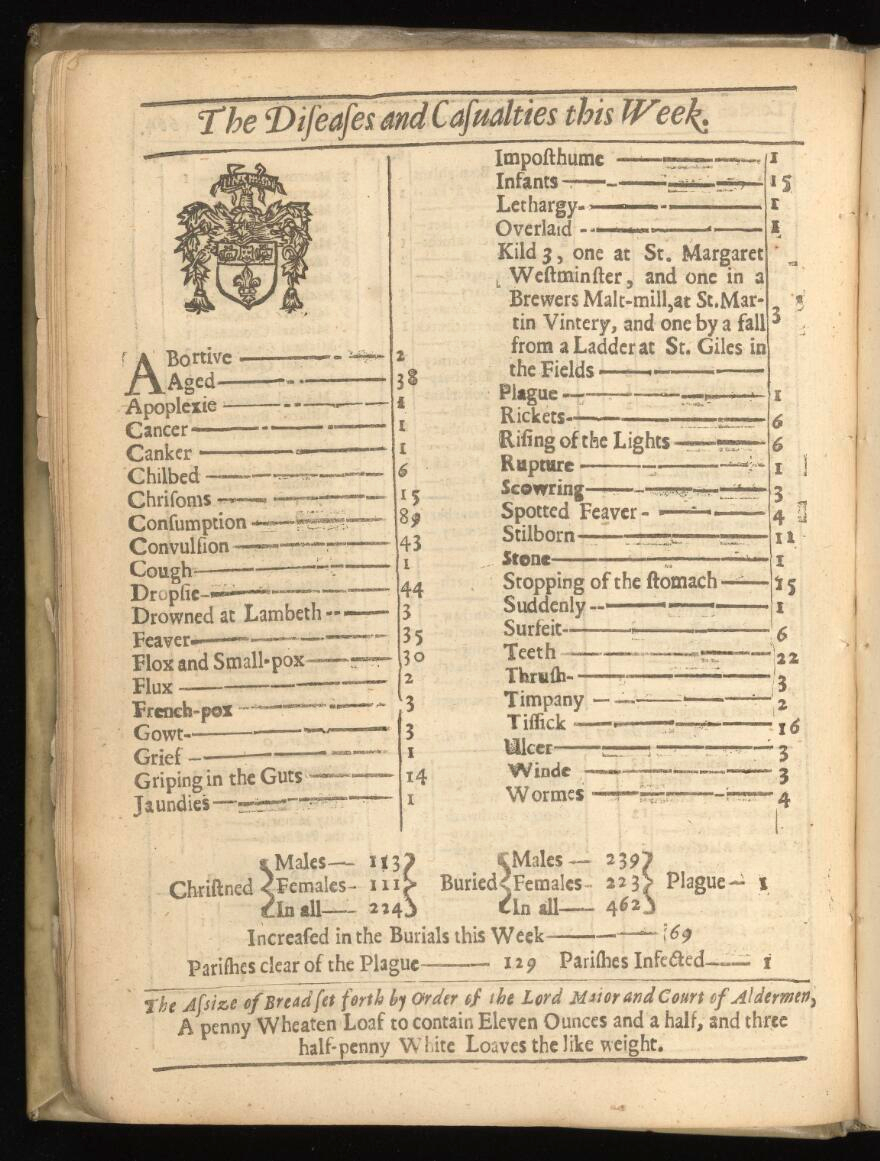 【出典】 London’s dreadful visitation: or, a collection of all the Bills of Mortality for this present year: beginning the 27th of December 1664 and ending the 19th of December following: as also the general or whole years bill. According to the report made to the King’s most excellent Majesty.